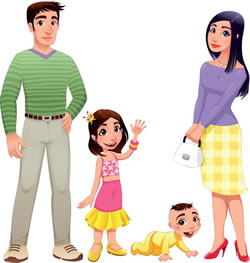 From Your Health Journal…..”Please visit the Asian Correspondent web site and support author Rob O’Brien by reading his article entitled Asia’s waistlines grow with its wealth. As many of you know, recently I have been complaining here how I dislike many articles on the net in reputable publications stating how the United States is the ‘fat capital’ of the world. Then, I produced articles from other countries like Canada, Malta, Australia, Mexico, and others stating how their is an obesity epidemic in their country. Today’s article brings attention to a similar concern in Asian countries. Like the US, technology, poor eating, sedentary lifestyles, and less physical activity are being blamed for the issue. In Singapore, about 11 per cent of adults in the island nation of 5.3m are considered obese, compared with an OECD average of 17 per cent and a US figure of more than 35 per cent. I encourage you all to visit the Asian Correspondent web site (link provided below) to read the complete article. It is full of interesting facts.”

Sedentary lifestyles and the rise of mobile technology have been blamed for a rising epidemic of obesity in the Asia Pacific region that’s causing concern for governments and health practitioners.

The Asian Pacific Society of Cardiology warned recently that the epidemic was getting worse, not just because of the internet and mobile technology but also due to cultures that revolve around food.

In Singapore, about 11 per cent of adults in the island nation of 5.3m are considered obese, compared with an OECD average of 17 per cent and a US figure of more than 35 per cent.

Although Singaporeans are trim compared to the average in many Western countries, the obesity problem has become a national concern with the health ministry announcing plans to restrict advertising around unhealthy food and drinks in the city state, which is renowned for its love of eating out.

About 60% of adults eat out four times a week, in the hawker centres and malls that are dotted around its busy streets.

But it isn’t alone in dealing with the obesity problem. Hong Kong has one of the highest obesity rates in the region at almost one in five of the population. According to OECD data 3% of mainland Chinese people were obese in 2009. The figure in Japan was 3.9 per cent and in India it was 2.1 per cent. In Taiwan, the government estimates that more than 44% of adults are overweight.

Lifestyles in Asia are dominated by long working days – Singapore, Hong Kong, Japan and Korea are all top of the developed world on the number of hours worked per day.

Forrester’s business encourages regular exercise via the military-style boot camps it hosts around the city.