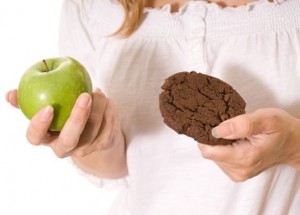 From Your Health Journal…..”A very interesting article in the Salt Lake Tribune via The New York Times news service written by Abrina Tavernise entitled Children In U.S. Eating Fewer Calories. Over the past week, I have written my displeasure with the US being called the fat capital of the world in many articles I found on the net – then I produced articles from other countries like Canada, Britain, Mexico, Australia, and China stating how they have similar concerns. There is no doubt the US has a weight issue, but they are not alone. Health care cost may skyrocket in the future if change does not occur…. change is also needed to reduce obesity related illnesses such as heart disease, cancer, type 2 diabetes, and weaker joints.

Then, we read a refreshing articles which states how American children consumed fewer calories in 2010 than they did a decade before. Health experts said the findings offered an encouraging sign that the epidemic of obesity might be easing, but cautioned that the magnitude of the decline was too small to move the needle much. Please visit the Salt Lake Tribune (link provided below) to read the entire article. It was well written and informative.”

American children consumed fewer calories in 2010 than they did a decade before, a new federal analysis shows. Health experts said the findings offered an encouraging sign that the epidemic of obesity might be easing, but cautioned that the magnitude of the decline was too small to move the needle much.

And while energy intake has not changed considerably for adults in recent years, fewer of their calories are coming from fast food, researchers said. Obesity rates for adults have plateaued after years of increases. A third of adults are obese.

The results of the research on childhood consumption patterns, the only federal analysis of calorie trends among children in recent years, came as a surprise to researchers. For boys, calorie consumption declined by about 7 percent to 2,100 calories a day over the period of the analysis, from 1999 through 2010. For girls, it dropped by 4 percent to 1,755 calories a day.

“To reverse the current prevalence of obesity, these numbers have to be a lot bigger,” said Marion Nestle, professor of nutrition, food studies and public health at New York University. “But they are trending in the right direction and that’s good news.”

National obesity rates for children have been flat in recent years, but some cities have reported modest declines. The new evidence of a lower calorie intake for children may also foreshadow a broader national shift, experts said.

“A harbinger of change is a good phrase,” said R. Bethene Ervin, a researcher at the Centers for Disease Control and Prevention and one of the authors of the report. “But to see if it’s really a real trend we would obviously need more years of data.”

A drop in carbohydrate consumption drove the decline, a point of particular interest for those who study childhood obesity. Sugars are carbohydrates, and many argue that those added to food like cereal and soda during processing are at the heart of the childhood obesity epidemic. Ervin said it was not clear whether such added sugars alone were behind the carbohydrate decline.