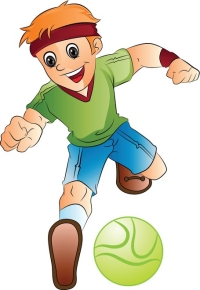 From Your Health Journal…..”A great article from The Daily Express out of the UK called Return Of PE In Schools To Combat Obesity written by Hilary Douglas. All over the world, childhood obesity is on the rise. Children suffer from obesity related illnesses such as heart disease, cancer, type 2 diabetes, weak joints – as well as being bullied in school, and low self esteem. There lives have become very sedentary, as technology peaks their interests instead of physical activity. Many recreation programs have cutbacks as well. Physical education in the schools is imperative. Most people’s view on PE is kids having an open gym to play, when the new PE does not call for this. And….most people assume children will keep ‘skinny’ soley due to PE, and this is wrong as well, especially if children have it once or twice a week. For those who are lucky, and have PE everyday at school, it could potentially help keep children fit. But, once of twice a week is still better than nothing. A good PE teacher will get children interested in sports and physical activity if they have PE a couple times a week. So, a child can get some needed exercise at school, but continue the pattern at home, as the PE teacher sparked some interest. Today’s article from the UK supports these concepts, as Education Secretary Michael Gove (from the UK) is to combat a generation of obese children and end Labour’s “prizes for all” culture by bringing compulsory competitive sport and PE back to the National Curriculum. The move to put physical education at the heart of every child’s schooling will also drive Britain’s elite sporting success in the 2012 Olympics. So the bottom line is this, any PE in school is helpful to healthy lifestyle of children, but daily quality physical education is the one ingredient to ending the obesity epidemic facing the youth of the world. Please visit the Daily Express web site (link provided below) to read the complete article.”

Education Secretary Michael Gove is to combat a generation of obese children and end Labour’s “prizes for all” culture by bringing compulsory competitive sport and PE back to the National Curriculum.

The move to put physical education at the heart of every child’s schooling will also drive Britain’s elite sporting success.

Six months on from a glittering Olympic Games, which left the country’s children spellbound, the Government’s new PE curriculum will see pupils from the age of seven comparing personal bests at the running track and learning to swim at least 25 metres using a range of strokes.

They will also take part in competitive football, netball, cricket, hockey and tennis matches as part of a normal school week.

The draft curriculum, published on Thursday ahead of a 10-week consultation period, is designed to “inspire all pupils to succeed and excel in competitive sport” by ensuring PE is a compulsory subject alongside English, maths and science.

Children’s Minister Edward Timpson said: “The new PE curriculum will put competitive sport at the heart of school life, ending the damaging ‘prizes for all’ culture. As well as helping us to unearth the next Jack Wilshere, Rebecca Adlington or Stuart Broad, this will build character, embed values of fairness and respect, and give all children the opportunities they need to be fit and healthy.”

Official figures suggest that nearly a third of children are overweight. The Government will make cookery lessons compulsory for pupils aged seven to 14 from September next year in a bid to improve their diets. Government advisers Henry Dimbleby, son of broadcaster David, and John Vincent, founders of the Leon fast-food chain, have also proposed that head teachers ban pupils from bringing in packed lunches or leaving school premises during their break in an effort to get them to eat healthy cooked meals.

To read the complete article…..Click Here