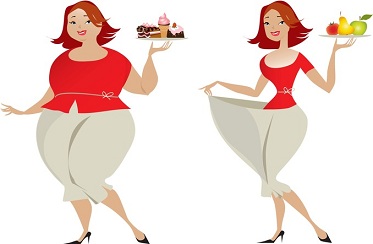 From Your Health Journal…..”So many times, I have promoted a web site called Live Science, as I really enjoy their web site, and try to send visitors their way. Recently, I found an outstanding article written by Christopher Wanjek on their site called Doctors Attack Pervasive Obesity Myths. Over the years, I have read so many articles about weight loss, diet, obesity, and other health related topics. Sometimes, I scratch my head with amazement as some of the authors pontificate on the topic. After a few seconds, I wonder, where are the facts – are these just a hypothesis? Sadly, many people do take what they read about health as the gospel – sometimes setting themselves up for failure on their own health. Today’s article in Live Science discusses various myths out there on obesity. Many of these false assumptions surprise the medical community such as breast-feeding protects a child against obesity, gradual weight loss is better than rapid loss, or you burn hundreds of calories during sex. One such claim in the article discusses how physical education cuts back on obesity. This is one claim that I do believe. PE in the schools is imperative to maintain a child’s health. Training in class in not going to end obesity, but the lifelong skills that children learn in PE that carry into adulthood, as well as the interest in participating in extra-curricular sports is an important piece of the puzzle in the fight against obesity. Anyway, enough of my ranting. Please visit the Live Science site (link provided below) to read the complete article. Visit their site for many great articles as well.”

Many weight-loss and obesity-prevention beliefs thought to be gospel truth are actually false or yet unproven, according to a study published in the Jan. 31 issue of the New England Journal of Medicine.

Some of these false assumptions might even surprise medical doctors: Breast-feeding protects a child against obesity… Physical education in schools prevents childhood obesity… Gradual weight loss is better than rapid loss… You burn hundreds of calories during sex… These are just some of the obesity myths identified by an international team of doctors led by David Allison at the University of Alabama at Birmingham.

These so-called facts are pervasive on websites, in the news media, and even in the scientific literature despite contradicting scientific evidence, the researchers said. The team identified a total of seven myths, six additional presumptions not yet proven true or false, and nine evidence-supported facts that are relevant for sound public health policy.

Myth 1: Small changes in energy intake or expenditure will produce large, long-term weight changes. This seemingly logical belief is based on a rule that a loss or gain of one pound comes from expending or consuming 3,500 calories. The problem is that this applies only to the short term. Additional pounds are harder and harder to shed once you begin losing weight. That’s because, in part, as you lose weight your body has lower energy requirements, meaning it can maintain its weight (without any loss) on a lower calorie count. [7 Diet Tricks That Really Work]

Myth 2: Setting realistic goals in obesity treatment is important because otherwise patients become frustrated and lose less weight. How can you argue with this logic? Well, according to Allison, data suggest that people do better with more ambitious goals. Think big to lose big.