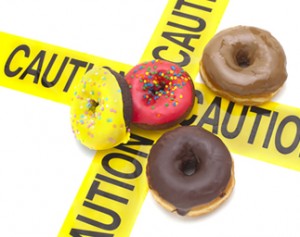 From Your Health Journal…..”A very good article in the Irish Examiner by Áilín Quinlan entitled Is it right to put a child on a diet? that I wanted to promote here to send some readers to their site. One question I do get asked often is about dieting for kids, which this article touches upon. This article first starts be discussing the plight of a young girl and her mother – as the child had been gaining weight, and the mom was trying to help her keep the weight off.

Now, this article comes from Ireland, and as many of my regular visitors know, I have been discussing obesity around the world lately to show that it is not just a problem in the US – but in Ireland, a study was performed to see if people felt children were overweight. In the Growing Up in Ireland Study (2011), 54% of parents of overweight children, and 20% of parents of obese children, reported their children were ‘about the right’ weight for their height. So, in ‘many’ cases, children and their parents thought all was well. The question then arises, is it safe for children to diet? My answer is it depends on the child and the family. First, no child should diet without discussion with their child’s pediatrician, dietician, or nutritionist. Most people do not properly apply a diet to a child, and neglect many food groups. Professional help is essential. Usually, for me to be okay with a diet for a child, they are morbidly obese, and need help immediately. Most children are still growing, and with a regular exercise program, correct portion size, reduction of liquid candy, and healthier snacks – most kids will be on the path to a better weight and healthier lifestyle. Regardless, please visit the Irish Examiner to read the complete article, the link is provided below.”

When Dara-Lynn Weiss decided to come ‘the heavy’ with her overweight seven-year-old, she couldn’t have imagined the controversy.

The New York writer’s account of putting her daughter, Bea, on a diet and micro-managing everything she ate, even in public, has provoked debate in America, and here, where two in ten Irish children are obese or overweight.

By the age of seven, Bea’s weight was worryingly high. “When we intervened, she was 20lbs above a healthy weight and 30lbs above average,” Weiss says.

Yet Bea did gymnastics and dance and regularly played in the park, and the family diet was healthy and didn’t include junk food.

So what was the problem? Quantity, says Weiss, who has written a book, aptly titled The Heavy.

Since the age of three, Bea, who loved food, had been overweight. Weiss decided to control Bea’s portions — but worried about the implications. “You’d be afraid of giving your child issues. You’d feel nervous about telling her to stop eating. At the same time, I knew she needed limits.”

That first, gentle intervention yielded poor results. “Bea gained 23 pounds in the year I was trying to help her,” Weiss says.

The family saw a paediatric nutritionist. Frightened by the numbers, Weiss decided to act the ‘heavy’. “I was very strict with Bea. This was a medical problem.”

Although the programme was not extreme, Weiss says she was “severe in my implementation,” because her daughter couldn’t fit into kids’ clothes. “She was shopping with me in adult stores. You’re terrified of the health implications, and also that your child’s experience of life is affected by being overweight — overweight children are made to feel bad about their weight. Bea complained and fought.

“We’d have dinner as a family and her brother would eat twice as much as her … but I had to be the enforcer.”

Weiss was tormented by doubts and the disapproval of others. Many people, including Bea’s grandparents, objected to the strict regime, but Weiss refused to yield. “You force your children to brush their teeth until they do it on their own — I felt, when Bea was seven, that I was forcing her to eat the right way.”

Bea is now a healthy weight for a nine-year-old. Yet Weiss is careful about preaching. “This is what I did for my family and it worked for us,” she says. “Every family is different and every child is different. The circumstances are so complicated, and I don’t agree with the one-size-fits-all theory.”

Things are not so different in Ireland, where child obesity is rocketing and, where, like Weiss, parents of overweight children are between a rock and a hard place.