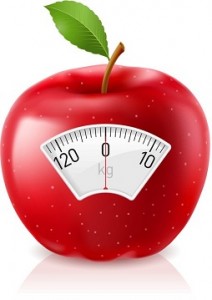 From Your Health Journal…..”A very interesting article today in an Australian publication called The Sunshine Coast Daily. I have been researching articles most of the day today about obesity in countries other than the United States. As I said earlier, some media has painted the United States as the fat capital of the world. My contention, although there is a problem in the United States, it is more worldwide. I have produced articles from local publications over the last couple days from Mexico, the United Kingdom, Canada, and now Australia. Many countries around the world have similar issues / concerns as the US – too much technology, not enough healthy eating, less amounts of sleep, and hydrating with caloric beverages other than water. The cost of obesity in Australia was reported in 2008 at more than $8 billion, primarily due to poor diet related to excessive consumption of energy-dense, nutrition-poor food high saturated fats, sugar and salts. Please visit The Sunshine Coast Daily web site (link provided below) to view the complete article. I found it interesting and informative. At the end of the article, they give suggested dietary guidelines which include eating healthier, getting more exercise, eat age appropriate sizes that are more nutritious, increasing the daily amount of fruits / vegetables, eat more fiber, reduce dairy, drink more water, reduce saturated fats, reduce salt intake, reduce sugar intake, and educate others around you on healthy lifestyle. It is a tough undertaking, but with guidance and support, anything is possible.”

Australians are being encouraged to eat healthier, with release of updated national dietary guidelines today.

The guidelines were last updated in 2003, and the latest update takes into account improved evidence of the increased risk of some diseases to excessive consumption of certain foods.

Major changes to the guidelines included a move from recommendation on how much specific nutrients people should eat to a focus on food choice.

The National Health and Medical Research Council released a statement which said the guidelines essentially aim to improve health and well-being and reduce the risk of chronic disease and diet-related conditions such as obesity.

Such conditions were on the rise, the NHMRC said, with 60% of Australian adults and 25% of children now overweight or obese, a figure expected to rise to 83% of men and 75% of women to be obese by 2025.

The cost of obesity in Australia was reported in 2008 at more than $8 billion, primarily due to poor diet related to excessive consumption of energy-dense, nutrition-poor food high saturated fats, sugar and salts.

Under the new guidelines, Australians were advised to be physically active everyday, enjoy a wide variety of nutritious foods and limit their intake of food high in saturated fat, salt, sugars and alcohol.