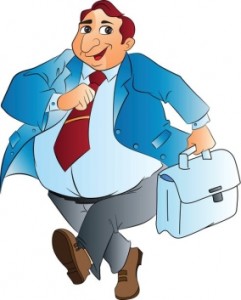 From Your Health Journal…..”A very interesting article from CBS written by Ryan Jaslow entitled New survey tracks U.S. obesity rates: Where does your state stack up?. We have discussed here so many times the problem facing the United States regarding obesity. Many Americans are getting less physical activity and eating poorly, resulting in many obese citizens. Obesity related illnesses such as cancer, heart disease, type 2 diabetes, weak joints, and asthma are also rising. Recently, a new Gallup poll shows Colorado has the fewest obese citizens in the country, with 18.7 percent of its population obese. On the other side of the belt loop, West Virginia reported the highest obesity rate, with 33.5 percent of its population being obese. Colorado is the only U.S. state with an adult obesity rate smaller than 20 percent, and West Virginia is the state with the highest obesity rate. This is a very interesting article, and very important to read. Mr. Jaslow did an excellent job conveying his message, and educates his audience about a critical issue in the United States. Please visit the CBS web site (link provided below) to read the complete article.”

The most obese state in the country has almost double the proportion of plus-sized citizens than the least obese state, according to a new survey.

Colorado is the only U.S. state with an adult obesity rate smaller than 20 percent, the report found. The Centennial State has held the title of thinnest state for three years running, according to Gallup-Healthways.

For West Virginia, the new numbers mark the third year in a row as the state with the highest obesity rate. But according to the latest figures, the state’s obesity rate is down from 35.3 percent in last year’s survey.

Obesity rates in each state were not statistically different in 2012 when compared with findings from 2011, with the exception of four states: New Jersey, Georgia — which showed increases in obesity rates — and North Carolina and Delaware, which saw decreases.

Obesity rates continued recent regional trends and were highest in Southern and Midwestern states and lowest in Western and Northeastern states (click slideshow to the left to see where your state stacks up).