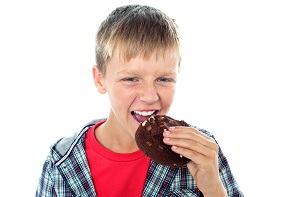 From Your Health Journal…..”A very good article I wanted to promote from the Huffington Post by Dr. Bechara Choucair about children’s health in the Chicago area. The article states that in the Chicago area, a new report suggests that 20 percent of kindergarteners are obese, and 29 percent of sixth graders are obese. There has been some improvement, but as stated in the article, there is more work to be done. Obesity has become a worldwide epidemic for both adults and children. Obesity related illnesses are growing – such as heart disease, cancer, type 2 diabetes, asthma, and weak joints, not to mention, low self esteem. Chances are that if you are an overweight child, you will become an overweight adult, further exacerbating these problems and taking years off your life span. Dr. Choucair did an excellent job with this article, and presented some educational information. I encourage all of you to visit the Huffington Post web site (link provided below) to read the complete article.”

On Thursday morning, in conjunction with the First Lady’s Let’s Move! tour, Mayor Emanuel launched a new initiative that will help our students get healthier: the Healthy CPS Action Plan. Developed with the Chicago Public Schools (CPS) and the Chicago Department of Public Health (CDPH), this plan provides 60 concrete, innovative and actionable strategies that will make a difference in the health and lives of our young people.

But before I outline the new plan, we need to take a closer look at the challenges our city is facing. CDPH recently released the report “Overweight and Obesity Among Chicago Public Schools Students, 2010-11”, which details how our students are faring in the national epidemic of obesity. There are some promising signs in the report, but it also makes it clear that there is still a great deal of work to do, which is why the new Healthy CPS Action Plan is so important.

For example, the new report tells us that 20 percent of our CPS kindergarteners are obese. This is troubling, but if you look closer you’ll see the promising signs: According to previous data, 24 percent of similarly aged children were obese in 2003 and 22 percent in 2008. These numbers mirror trends in other large cities, and we’re hoping to build on this to make a sustained difference moving forward, because 20 percent is still unacceptable.

Rates among older CPS students face challenges, too. The latest data show that 29 percent of CPS sixth graders are obese. If we dig deeper, we see discrepancies between ethnic groups, with black and Latino students hardest hit. Again, this is similar to trends reported nationwide. For example, in the U.S., 27 percent of Mexican-American adolescent boys are obese versus 17 percent of white adolescent boys. Among adolescent girls, twice as many blacks are obese when compared with whites of the same age (29 percent vs. 15 percent, respectively). Clearly, we must strive to close these gaps while working to bring our overall rates down.