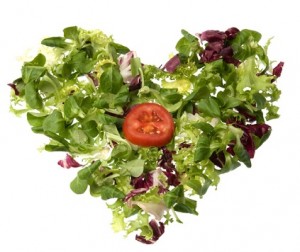 From Your Health Journal…..”A great article in The Border Mail out of Australia entitled Heavy-Weight Crisis written by Kirsten Lawson that I wanted to promote here. The article starts off with a very powerful statement – A whopping 83% of men and 75% of women will be overweight or obese in twelve years if current eating and exercise trends continue – which compares with 68% of men and 55% of women overweight or obese in 2007-08. In Australia, they worry about illness associated with obesity such as type 2 diabetes, cancer, heart disease, weak joints, asthma, and other health issues. The author gives some great suggestions other than eating right and getting physical activity. They also suggest / inform that fruit lowers your risk of heart disease, vegetables lower your risk of some cancers, wholegrain cereals lower risk of heart disease and weight gain, milk lowers risk of heart disease and some cancers, and sugary drinks causes weight gain. Please visit The Border Mail web site (link provided below) to read the complete article.”

A whopping 83 per cent of men and 75 per cent of women will be overweight or obese in 12 years if current eating and exercise trends continue, according to the new Australian Dietary Guidelines.

The biggest health impact of increasing girth comes in soaring rates of type 2 diabetes. But being overweight also increases your risk of heart disease, high blood pressure, some cancers, respiratory conditions, gall bladder disease, incontinence, fatty liver disease and more, according to the guidelines, released on February 18 by the National Health and Medical Research Council.

The increase is driven largely by sugary drinks and sweets, and the likes of biscuits, pies, pizza and desserts.

It’s a state of affairs that nutritionist and member of the panel that reviewed the guidelines Dr Rosemary Stanton blames on the food industry for skewing messages on food, and governments for not taking action. “It’s up to the health ministers, and frankly they’re not prepared to stand up to the huge forces working in the other direction,” she says. “People really make a fuss if you suggest that people should have less of any of their products.”

Stanton, who herself confronts pressure from sectors of the food industry to boost consumption recommendations for their products, urges health ministers to “get a bit of courage”, starting with a ban on junk-food advertising to children.

“Thirty-six per cent of kilojoule intake is coming from junk food; 41per cent for children. So are we really surprised that people are getting fatter?” she says. “They’re cutting back on vegetables, wholegrains are coming down in consumption, and kids are drinking soft drinks instead of milk.”