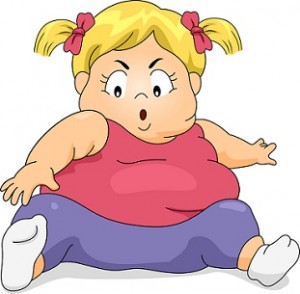 Welcome a new definition of playtime. What once meant engaging in friendly competition on the playground, now means engaging in virtual competition without even leaving the house. As phone, tablet, and television screens get closer to our faces, both parents and children are blinded by artificial light and missing out on nature’s own. When a problem like childhood obesity takes the reins on children’s lives so much so that the first lady gets involved, it’s no wonder that it’s been a growing epidemic since the 1970s. Although the 1970s is defined by the Equal Rights Amendment, there was a major shift in day-to-day life that sparked equally weighted changes in diet and activity. Fast food chains gained popularity and children started eating out at their favorite quick stops fivefold more than they used to. According to Effects of fast-food consumption on energy intake and diet quality among children in a national household survey, 30.3% of the total sample of 6,212 children and adolescents 4 to 19 years of age in the United States reported consuming fast-food.

With programs like Let’s Move led by first-lady Michelle Obama and the Play60 campaign led by members of the National Football League, people are starting to take note of the empty playgrounds and growing rate of sedentary children. Today’s kids are eating too much and exercising too little. These patterns, when established in such early stages of life, can progress to adulthood where many individuals may end up sitting in front of a cubicle for work, not cognizant of the dangers of inactivity.

If we stay on this path, the CDC projects that 42% of Americans will be obese by the year 2030.

The Center for Disease Control and Prevention (CDC) reported that 15% of severe obesity in adults is a consequence of persistent obesity in childhood. If we stay on this path, the CDC projects that 42% of Americans will be obese by the year 2030. That’s nearly half of America, or 1 in every 2 people! Not to mention that this same report by the CDC finds that $550 billion worth of health care costs are derived from obesity-related ailments.

Childhood obesity has become such a problem that teachers in North Andover, Massachusetts are deciding to take action by sending “fat letters” to children of obese parents. This controversial way of direct-action in an effort led by the Department of Public Health tells parents by a note sent home with their child that their child is obese. There are many ways to open a parents eyes to how their daily activities are setting an example for their children. Although “fat letters” may be extreme, doing things like encouraging activity or asking them to join you on an after-dinner walk can exemplify good habits and encourage communication!

Clearly, obesity is and is continuing to be a growing epidemic. We are so preoccupied by what’s in our inbox, getting ahead, and being part of this technology-driven tornado that we are losing focus on ourselves. To get ahead, adults need to practice healthy lifestyles to inspire their children to do the same. This means playing or being active for at least 30 minutes to 60 minutes a day and inhaling from fresh, outside air. The desire to help children realize their kinetic potential inspired me to create Fit Kids, Healthy Kids, Happy Kids, a compilation of children’s songs that aim to inspire movement and healthy lifestyles. With a little bit of education and fun while being active, whether it’s dancing while doing the dishes or playing ball in the park for an hour or two, we can reverse this trend of childhood obesity for a healthier future.

– Rock & Pop Star Anand Bhatt, when not on the red carpet, is an active supporter of health and fitness endeavors worldwide. After witnessing the unhealthy lifestyles of himself and his peers, Anand wrote the book Rock Star Recipes, an easy diet program for those who are strapped for time or under stress. Anand Bhatt has recently released the music album Fit Kids, Healthy Kids, Happy Kids, a compilation of children’s songs that aim to inspire Parents, Teachers and Kids movement, good eating habits and overall healthy lifestyles.