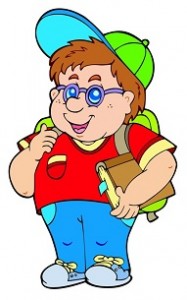 From Your Health Journal…..”I just love the Policy Mic web site, always try to bring traffic their way. If you have never been to their site, please visit it, I will post a link below. Today’s article to discuss is called Are Parents Responsible For Childhood Obesity? – written by Abdulrahman El-Sayed. Childhood obesity has tripled since 1980. Today, about 17% of American kids are obese and 25% are overweight. Obesity related illness is also on the rise as many children show signs of heart disease, cancer, type 2 diabetes, and weak joints. Physical education and recreation programs are being cut, and technology is creating sedentary lifestyle. But, the author of this article is questioning whether parents may also be responsible for the rise in childhood obesity. The author writes, “In that respect, what has changed is the environment within which parents are making decisions about food. Rather than being able to choose between several healthy, affordable options, today’s post-subsidy world has rendered the most affordable options the least healthy, forcing parents’ hands in favor of less nutritious diets for children, particularly in low-income settings.” Please visit the Policy Mic web site (link provided below) to read the complete article.”

Recently, I wrote an open letter to LeBron James asking him to reconsider his endorsements with Coca-Cola and McDonald’s and an article decrying Beyoncé’s recent $50 million contract with Pepsi. Reaction to the articles was mixed. Many supported them, recognizing the implicit influence that stars like LeBron and Beyoncé have on the consumption habits of impressionable children.

Others were less supportive. They argued that rather than food companies and trend makers like LeBron and Beyoncé, children today are obese because their parents aren’t doing a good job controlling their children’s diets and coaching them to more active lifestyles.

But the numbers tell a different story.

Childhood obesity has tripled since 1980. Today, about 17% of American kids are obese and 25% are overweight. Such a drastic increase suggests that something has changed over the past 30 years. Getting to the bottom of what’s causing the childhood obesity epidemic means figuring out what is changing.

And it’s probably not parents.

If parents haven’t stopped caring about their kids’ eating and exercise habits, what has changed?

In 1973, high commodity prices were devastating grain farmers throughout the central U.S. In response, the Nixon administration initiated agricultural subsidies, artificially dropping the global price of corn and other grains. The reverberations of this move still echo throughout the food market — and have important implications for childhood obesity.

Subsidies keep the price of food, from beef to high-fructose corn syrup, artificially low. That, in turn, increases the number of people who eat foods containing these products both here in the U.S. and abroad. American farm subsidies have largely underwritten the global food corporations that have come to be synonymous with obesity, like Coca-Cola, Pepsi, and McDonald’s, by decreasing the cost of their starting materials and allowing them to sell their products at lower prices than the market would otherwise allow.