This article is courtesy of ACSM, please share your comments below….. 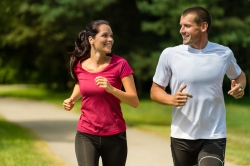 Residents of the nation’s capital, followed by Minneapolis-St. Paul, and San Diego enjoy a variety of outdoor exercise options and have relatively low rates of smoking, obesity and diabetes. That combination of measurable health and community indicators makes them the three fittest of the 50 largest metropolitan areas in the U.S.

There’s good news and areas of concern from the largest sports medicine and exercise science organization in the world. The AFI reveals a troubling 11.3 percent drop in the percentage of individuals who exercised in the last 30 days, and a 7.8 percent increase in the diabetes death rates from 2014 to 2015. The AFI ranking also notes a 5.5 percent drop in those who eat enough fruit each day. Five metro areas dropped significantly in the rankings, falling five or more positions.

On the more positive side, there was also a 9.5 percent decrease in the percentage of respondents who reported that they had been diagnosed with angina or coronary heart disease, and a 5.5 percent increase in the number of park units from 2014 to 2015. Nine metro areas improved their ranking by five or more positions.

With funding from The Anthem Foundation, ACSM studies Metropolitan Statistical Areas (MSA) using a composite score to measure the health of each MSA. Access to public parks was added as a new measure in 2015, and the Washington-Arlington-Alexandria metro area topped the list for the second consecutive year with a score of 79.6 out of 100 possible points, a two-point improvement over 2014.

“The AFI is two things: a measure of how healthy a metro area is today, and a call-to-action for urban and suburban leaders to design infrastructures that promote active lifestyles and lead to positive health outcomes,” says Walter R. Thompson, Ph.D., FACSM, chair of the AFI Advisory Board. “Our goal is to provide communities and residents with resources that help them assess, respond and achieve a better, healthier life.”

“We have proudly sponsored the American College of Sports Medicine American Fitness Index® for the past eight years and have witnessed the growing impact this report can have on the health and well-being of communities,” said Sam Nussbaum, MD, chief medical officer for Anthem, Inc. “Across the United States, government, business and organizations have proven that by working together we can improve the health of our cities. These coalitions are using the actionable data from this report to drive health improvement. It is heartening to see a city’s health improve, and this year there were some remarkable shifts in rankings. Opportunities remain and measurement, shared learning and commitment to healthier lifestyles will benefit individuals, our cities and our nation.”

Last year, ACSM also released its first series of AFI data trend reports recapping and documenting progress during a five-year period for each metro area. You can learn more about community health data trends in a given area by going here.

Because physical inactivity has become an epidemic in the U.S., ACSM encourages Americans to exercise for at least 30 minutes and participate in 10 minutes of stretching and light muscle training five days a week. Modeling healthy behavior by reducing sedentary time, incorporating activity into the weekday schedule, joining walking clubs, setting goals and involving family and friends can improve fitness, reduce the risk of chronic disease and enhance quality of life.

At the community level, the AFI data report can be used as an assessment and evaluation tool to educate community leaders on the importance of key indicators of physical activity. Leaders can then focus on policy, systems and environmental change (PSE) strategies that are evidence-based and create sustainability for the community.

ACSM is a global leader in promoting the benefits of physical activity and advocates for legislation that helps government and the health community make it a priority. ACSM encourages Congress to support continued funding of parks, trails and safe routes to school, as well as the need for all Americans to meet the prescribed physical activity recommendations included in the National Physical Activity Guidelines, and the need for the guidelines to be regularly updated every 10 years.

View the rest of the article here.