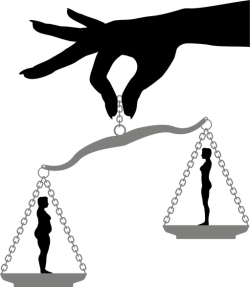 From Your Health Journal…..A interesting article in SF Gate by Maria Cheng entitled UK Among Unhealthiest Of W. Europe Nations. I wanted to promote this article here not only to promote the SF Gate web site, but to also bring attention to something that I have posted about lately. I have pointed to the fact that many media articles have stated how the United States is the ‘fat capital’ of the world This title bothers me. Yes, I know there is a problem here, but my contention has been obesity is worldwide issue. I have posted about obesity in articles from Canada, Mexico, UK, Australia, and other countries – mentioning how various governments are worried about the health of its citizens as well as future healthcare. Adding to this, a new study is suggesting that despite six decades of free medical care and widespread health campaigns, Britons are among the unhealthiest people in Western Europe. I encourage all of you to visit the SF Gate web site (link provided below) to read the complete article. It was well written, informative, and educational.”

Despite six decades of free medical care and widespread health campaigns, Britons are among the unhealthiest people in Western Europe, a new study says.

International researchers analyzed the country’s rates of sickness and death from 1990 to 2010 in comparison to those of 15 other Western European countries in addition to Australia, Canada and the U.S. Experts described the U.K. results as “startling” and said Britain was failing to address underlying health risks in its population, including rising rates of high blood pressure, obesity and drug and alcohol abuse.

“It’s incredibly surprising,” said Dr. Christopher Murray, who studies health metrics at the University of Washington in Seattle and is the lead author of the latest report.

“We all think of the U.K. as having a great health system and as one of the most sophisticated medical research communities in the world,” he wrote in an e-mail. “Nobody would have really expected that the U.K. would be toward the bottom.”

Overall, the U.K. was 12th for healthy life expectancy, with most Britons expected to live 68.6 years in good health. The United States came in 17th out of 19 countries with 67.9 years. Spain topped the charts with a healthy life expectancy of 70.9, while Finland came last, with most Finns likely to live 67.3 years in good health. Australia ranked third with 70.1 years, while Canada was fifth with 69.6 years.

In terms of years of life lost to health conditions, Britain ranked just above last place for serious respiratory infections, preterm birth complications, and breast cancer. In comparison, Italy had the lowest death rates from respiratory infections while Norway was best at handling birth complications. Sweden had the lowest death rates for breast cancer.

Murray and colleagues said there was virtually no change in the rate of premature deaths among British adults aged 20 to 54 but found a spike in deaths caused by drug and alcohol abuse for that age group.