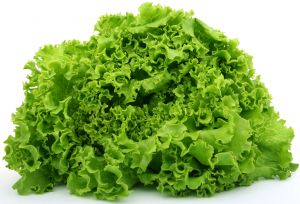 It is considered by many to be the king of the leafy greens. However, other greens, such as collard greens and kale are also good choices. They all contain high amounts of lutein, which is shown by studies to help reduce the chance of macular degeneration or cataracts. Many health specialists advise that people who are already suffering from eye diseases or have a history of it in their family should make sure that spinach is a big part of their daily diet.

Fish such as salmon, sardines and any other cold-water fish are believed to bestow their consumers with great eyesight benefits. They are full of DHA, an omega-3 fatty acid, which focuses on the retina and helps to stop plaque from forming in that area. In order for fish to work it’s magic on your eyes, it’s recommended you eat at least 16 ounces worth of fish weekly.

These fruits also help when it comes to protecting your eyes. They contain many antioxidants and are considered to be anti-inflammatory amongst other things. It’s believed that a regular intake of blueberries will improve your eyesight while strengthening the blood vessels located in the back of one’s eye. Finally, they contain anthocyanin, which helps to stop the arteries that feed oxygen to the retinas from becoming blocked.

While not a superfood, an article found on EyeCare20/20’s blog entitled “Could Drinking Green Tea Lead To Better Eye Health?” states that green tea may be just as beneficial to one’s eye health as superfoods. The article states that green tea contains large amounts of epigallocatechin gallate (EGCG) and catechins, which are both antioxidant compounds. EGCG helps to protect the area of our eyes that is responsible for the transmission of image and non-image forming information. Catechin is also important because it helps to protect the fragile parts of the eye from diseases such as glaucoma.

Most people take pride in being healthy. They make sure they are up to date on vaccines, wash their hands obsessively, and more. However, most people seem to forget that their eyes are just as susceptible to disease as any other part of their body. While super foods have many benefits, they can’t cure everything. Yet, when food both tastes good and is full of health benefits such as improved eye health, who wouldn’t want to at least try encorporating those foods into their daily diet?

– Benjamin is an aspiring Journalist who spends most of his days researching & writing about a variety of topics like eyecare and health. He works closely with EyeCare20/20 to keep his information up to date and accurate. Benjamin currently resides in Virginia where he recently graduated from Old Dominion University with a major in English. You can contact him with any questions at [email protected]