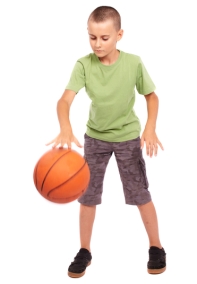 From Your Health Journal…..”A great article this week by Kellie B. Gormly in TribLive called Reasons For Recess. There has been so much talk about childhood obesity – as we discussed many times today, too many children have illness related to it. Cutbacks in recreation programs as well as Physical Education are having a negative impact on the health of children. There seems to be less and less time for activity. Recess is also having it cutbacks, as some school districts are cutting back on this as well. It is one of the most favorite times of the day for kids, as they get some physical activity, exercise, socialization, and it actually enhances cognitive skills. Recess is more than being just idle, goof-off time on the monkey bars, it benefits children‘s minds and bodies. Withholding recess can stunt healthy development, according to a recent policy statement from the American Academy of Pediatrics. The article also suggests that safe and supervised recess is available in about 73 percent of elementary schools regularly — offers children physical, emotional, social and cognitive benefits, such as improved classroom behavior, a better attention span and interaction and bonding with other kids. Please visit the TribLive web site (link provided below) to read the complete article. Please support your local schools recess program!”

On a frigid day with temperatures in the teens, a group of spirited kids spend their recess running around a gym shooting baskets, even scoring a few three-pointers.

Joseph Anania, 8, stops to take a breath, and explains why recess is his favorite part of the day at Shady Side Academy Junior School in Point Breeze.

“Because I get to run around with my friends and play,” says Joseph, a third-grader from Fox Chapel. “I wish we had recess all day.”

Whitney McVeagh — who likes to play games like Four Square and Knockout and ride the swings — enthusiastically agrees.

“I like that you‘re able … to spend time with your friends and do anything you want,” says Whitney, 10, a fourth-grader from Point Breeze. “At some point, you need to get out your energy.”

The kids are on to something, experts say.

Recess — rather than being just idle, goof-off time on the monkey bars — benefits children‘s minds and bodies. Withholding recess can stunt healthy development, according to a recent policy statement from the American Academy of Pediatrics.

Dr. Robert Murray, a pediatrician who was a lead author on the statement, says that safe and supervised recess — which, he says, about 73 percent of elementary schools provide regularly — offers children physical, emotional, social and cognitive benefits, such as improved classroom behavior, a better attention span and interaction and bonding with other kids.

Murray’s examination of decades-long studies for the Academy supports recess for many reasons, including physical fitness, which is important when childhood obesity is so common, he says. Recess, he says, helps a child‘s cognitive process in the same way, for instance, as a coffee break for adults: It breaks concentration from work, releases restlessness and allows someone to return to work with a refreshed mind.

Kids at recess learn skills in collaboration, Murray says, as they play rules-based games with other kids.

“This is very mindful play time, and it‘s very constructive,” a Murray, a former professor of pediatrics at Ohio State University in Columbus, where he now works in the school‘s department of human nutrition. “This is part of what makes the child into a functioning adult: It‘s the opportunity to work with other kids and learn to get along. That is as important of a lesson that you learn at school as math and reading are.”