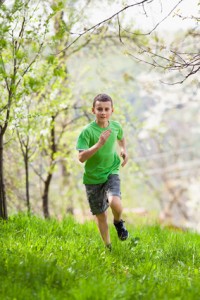 From Your Health Journal…..”A great article from Psych Central written by Traci Pedersen entitled Obesity Reduces Quality of Life in Boys. New research suggests for boys, being overweight or obese significantly lowers their quality of life compared to healthy weight peers. Interestingly, these results were not found in girls. The findings suggest that an unhealthy weight status and excess body fat could negatively impact the mental and physical wellbeing of adolescents, particularly boys. We know that obesity is on the rise in children all over the world. Many children suffer from obesity related illness such as heart disease, cancer, type 2 diabetes, and weak joints. These children also suffer from low self-esteem. I love the Psych Central web site, and always try to promote their work. Please visit their site (link provided below) to read the complete article.”

For boys, being overweight or obese significantly lowers their quality of life compared to healthy weight peers. Interestingly, these results were not found in girls.

The study, published in the Journal of Adolescent Health, also showed that quality of life (QOL) scores improved for children of either sex whose weight status changed from overweight/obese to normal.

The research involved more than 2,000 Australian school children who were about 12 years old at the start of the study in 2004-2005. The researchers followed up with the children after five years.

The participants then answered a questionnaire designed to measure whether being obese (also known as adiposity) influenced their quality of life at age 17 or 18.

“Adiposity in boys was associated with poorer quality of life during adolescence. This association was not observed among girls.

“In both boys and girls, though, persistent overweight or obesity was related to poorer physical functioning after the five years. In contrast, weight loss was associated with improved quality of life during adolescence,” said Bamini Gopinath, Ph.D., senior research fellow at the University of Sydney in Australia.

The questionnaire measured the children’s physical and psychosocial health. It also calculated a combined total quality of life score. The psychosocial health summary score reflected how well the teens were functioning emotionally and socially.

“The findings suggest that an unhealthy weight status and excess body fat could negatively impact the mental and physical wellbeing of adolescents, particularly boys,” said Gopinath.

He noted that the study highlights the value of looking at the quality of life among obese teens in both clinical practice and in research studies.

He also added that “obesity prevention and treatment efforts [ought] to address the broad spectrum of psychosocial implications of being obese as a teenager.”

Lawrence J. Cheskin, M.D., director of the Johns Hopkins Weight Management Center, noted that the differences in quality of life and physical functioning between obese and normal weight teens has not been carefully done before.