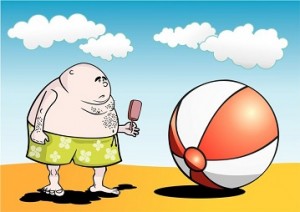 From Your Health Journal…..A very interesting article recently in Voxxi written by Hope Gillette entitled Mexico Continues To Battle Serious Diabetes, Obesity Epidemic. So many article recently report how the United States in the obese empire of the world, how so many American eat too much, exercise too little. Frankly, I know there is some truth to this, but nonetheless, I am getting tired of reading about it. My thoughts, it is not just the US with this problem, but many countries. Over the last couple days, we have discussed how the UK and Canada are experiencing similar concerns. Now, this article points to Mexico as having similar concerns. Obesity is a worldwide epidemic, not just the US. In Mexico, diabetes is the number one killer, the chronic health condition a direct result of the obesity issue the country also struggles with. In fact, approximately two-thirds of the total nation’s population are classified as overweight or obese, with most of the issue stemming from lifestyle and eating habits. Please visit the Voxxi web site (link provided below) to view the complete article. I did enjoy it and found it very informative.”

Diabetes is the number one killer in Mexico, the chronic health condition a direct result of the obesity issue the country also struggles with.

In fact, approximately two-thirds of the total nation’s population are classified as overweight or obese, reports Mexican news syndicate Aljazeera, with most of the issue stemming from lifestyle and eating habits.

The obesity epidemic in Mexico has been ongoing for almost a decade; in 2007, the nation’s health secretary, Jose Angel Cordova Villalobos, estimated the incidence of diabetes would rise by approximately 40 percent by 2012, killing as many as 100,000 Mexicans annually. His numbers were not far off, with diabetes claiming the lives of approximately 70,000 Mexicans a year, according to a 2012 report from McClatchy.

With 64 percent of adult men, 82 percent of adult women, and 34.4 percent of children in Mexico considered overweight or obese, the nation has jumped up to fifth on the world list when it comes to obesity and obesity-related health conditions.

Obesity in Mexico: The price of convenience

When it comes to obesity in Mexico, most fingers point to the surge in sugary beverages and snacks, which have complicated an already sedentary lifestyle for many Mexicans.

People in Mexico spend approximately $14.3 billion annually on soft drinks alone, reports Smart Planet, and food stands, known as puestos, offer an unhealthy – but affordable – mixture of tamales, quesadillas and tacos accompanied by soda or juice. Because quality drinking water is scarce in many regions of Mexico, bottled sodas and juices are a far more common choice for people, even those dining at home.

On average, Mexicans consume 728 eight-ounce sugary drinks from Coca-Cola per person annually, an average of two a day, compared to 403 eight-ounce drinks per person in the United States.

The movement toward convenient foods is also apparent in the Mexican school system, where students are offered unhealthy snacks despite the prevalence of obesity and diabetes among young children.