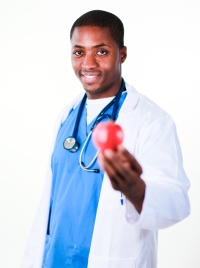 From Your Health Journal…..”A very good article appearing in The Star by John Millar entitled It’s time for Canadian governments to take action on obesity. Over the past couple weeks, we have discussed here how in NYC and LA, local governments are considering bans on soft drinks, fat taxes, and limiting soft drink sizes. We also discussed how in Nevada, similar government regulations over unhealthy foods was taking place. Another article pointed to similar regulations in the UK on food choices by its citizens. Now, in Canada, regulating food and beverages by the federal and provincial governments is being discussed to control obesity epidemic. Many governments are concerned, as they feel the future ‘unhealthy’ generations may become ill, and need healthcare, which cost governments a lot of money. Some people think the government has the right to tell its citizens what to eat, since it may cost them large amounts of money in the future, while others feel the government has no business telling its citizens what to eat. It is going to be interesting to see how this plays out in the future. Please visit The Star’s web site to read the complete article.”

Regulating Canada’s food and beverage industry a good place for federal and provincial governments to start to control obesity epidemic.

You’ve heard it already: obesity is epidemic in Canada and is contributing to an increased prevalence of hypertension, diabetes, heart disease, stroke, cancer and other chronic conditions. What you don’t often hear is that as a result, health-care costs keep rising, posing a threat to the sustainability of our publicly funded health-care system. The obesity epidemic also compromises our workforce productivity and reduces economic competitiveness.

In the face of this burning issue there has been little government response.

Although at the most basic level obesity is the result of an excess of calories consumed over calories expended, the causes and solutions are highly complex involving everything from stress levels to social equality to food production and urban design. But this complexity must not continue to be a reason to do nothing.

There is sufficient evidence to guide governmental action — now.

So, where to start? Reducing calorie consumption is the highest priority. While physical activity is important for health, research suggests that by itself it is not effective for weight control and so is not the place for governments to begin.

Unfortunately, health promotion programs aimed at personal dietary choice and responsibility have limited impact in the face of massive advertising and marketing by the food and beverage industries. So far, despite health promotion in schools (reducing junk food and increasing physical activity) and other settings, the prevalence of obesity has remained stubbornly high.

Industry self-regulation also sounds good, but the truth is, it doesn’t work.

There clearly needs to be more effective action. But what actions will work?

The best available evidence and experience from other health risk behaviours (alcohol abuse, drunk driving, seat belt and helmet use, and smoking), shows that government action to “nudge” personal reduction in calorie consumption through regulation will most cost-effectively control the obesity epidemic. Here’s how: