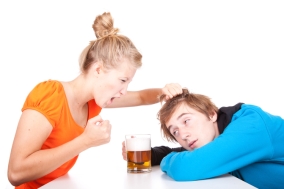 When it comes to teens, one thing is true: social pressure is powerful. We see how peers, the entertainment culture, and strategic marketing influence teens’ decisions on a myriad of subjects, including their decision to drink.

Studies have shown that teens are more likely to drink the more they are exposed to alcohol use in movies and advertisements.

The good news is that parents also have influence on their teens. By example and through discussion, parents can establish a foundation of healthy attitudes and behavior related to alcohol. Below are real-life strategies for parents to use when modeling positive alcohol consumption and discussing alcohol with their teens.

Alcohol & Teens – What parents can do

• Set a good example: Do not drink to cope with problems. Do not invite your teen to drink with you or joke about drunkenness. Be the first to demonstrate to your teens that you don’t need alcohol to have fun.

• Talk about “cause and effect”: There are serious dangers and repercussions associated with drinking. Take a firm stand with your teen about alcohol. “Until you are of legal drinking age, our stance on alcohol is simple – do not drink.” Help them understand the risks to their health, safety and dreams for the future if they drink. A single episode of irresponsible drinking can change the trajectory of their life forever, or worse, it could take their life. 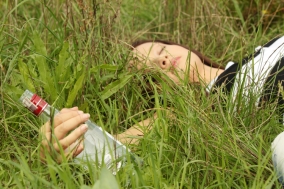 • Discuss marketing efforts: With alcohol companies spending millions of dollars in promotions, it is hard to escape the messages encouraging teens to drink. Teens should be familiar with the methods companies use to try and influence consumer behavior. Discuss with your teen the marketing strategies alcohol companies employ to sell their product.

• Monitor your teen’s screen time: Aggressive campaigns marketing alcohol are on television, the internet, movies – you name it. Sports-related television programming and websites are particularly saturated with alcohol marketing. Be mindful of how much time your teen is spending in front of a screen and what they are viewing. Avoid programming that glamorizes alcohol and other drugs. Keep overall screen time to one to two hours per day.

• Advocate: Write letters to advertisers who run inappropriate ads. Write to Congress asking for greater restrictions on alcohol advertising, such as restricting the use of cartoons or attractive women in alcohol promotions.

• Prepare your teen by role-playing: Give your teen the tools they need to get out of sticky situations where alcohol is a factor. Practice how they would avoid the temptation to drink, what they would say and how they could leave the situation.

• Set clear “safe party” rules: It isn’t practical to think that your teen won’t ever encounter alcohol. Even if your teen chooses to abstain from alcohol, they still need to be smart about their surroundings and follow “safe party” rules to make sure their beverage isn’t tampered with or spiked.

– – Don’t accept an open container drink from anyone who is not a close friend.

– – Be aware of the taste, texture and appearance of your drink.

– – Use the buddy system. If you suspect your friend has ingested alcohol or another controlled substance, get them out of the situation and ask that they do the same for you.

– – Call anytime. You are loved and cherished. You are wanted home safe, regardless of what you have consumed. Call your parents or the parents of a friend to pick you up and remove you from a dangerous situation.

With solid information and the love and guidance of parents, teens can be well-equipped to handle the pressures that come with adolescence and young adulthood. But, in order for a teen to be prepared, parents first need to be prepared with information to assist in the navigation.

Dr. Shatz is board certified in pediatrics and adolescent medicine. He is a fellow in the American Academy of Pediatrics and a member of the Society of Adolescent Medicine.