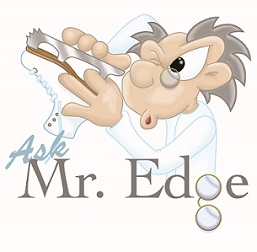 Ice skaters worldwide have been struggling with the same recurring injuries for decades. Figure skating has no governing body to oversee the development of guidelines or standards for how skates should be fitted, mounted, or sharpened; therefore, it’s no wonder there are so many injuries to skaters at every level and discipline.

Competitive figure skaters can experience a variety of injuries throughout their skating careers, many of which could have been avoided all together if only the correct information had been available.

What is the correct information? First and foremost; having an understanding of foot mechanics and the relationship between proper boot fit, blade mounting, sharpening, and the role each of them can play in causing injury.

Foot mechanics involve complex structures and positions. Each foot is supported and controlled by ligaments, muscles, and tendons, and provide the skater with powerful and precise movements. The bones of the foot must be positioned in such a way so that certain joints are locked into a neutral position which allows other needed joints to provide controlled movement while skating. If proper positioning of the bones and joints in the feet is absent, falls occur more often; arch, leg cramps, and back pain appear with more regularity; and poor skating performance is the result.

Competitive skaters need to have their boots fitted more precisely than a recreational skater does. When fitting a boot, it’s important not to leave any room for growth, lock the heel in place, and ensure the right amount of support has been added to the boot. Too much support can lead to an acute injury to the lower leg, while a lack of support may cause bruising to the instep area of the foot, commonly called lace bite.

Skaters, who present with pronated or flat feet, are usually best served when using prescription orthotics in their boots. The role of prescription orthotics in skating is to put the foot and lower extremities in their best, most efficient functional positions. This improved joint alignment allows skaters at all levels to achieve two important things: reduce the chance of injury and enhance skating performance: speed, balance, edges, endurance, jumps, and landings.

Once you have the boot issue resolved, the next step is making sure the blade is mounted correctly. Skating on a blade no more than 1/8” wide is hard enough, but landing double and triple jumps makes it even more difficult.

Mounting blades is no easy task and therefore having the proper boot and blade interface is necessary before mounting the blades. By interface I mean where the blade is attached to the bottom of the boot. The surface area where the blade is attached should be as level as possible. If not, a skater will have difficulty in landing jumps and spinning. Not only is balance off, but injury of some sort is likely.