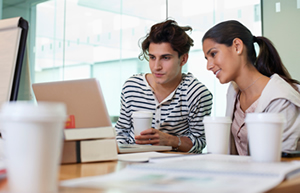 In the past few years, popularity of photo sharing apps has increased immensely, especially, among kids. It has emerged as one of the prime mediums through which one can share almost every moment of life instantly with others. Previously it was only possible to share photos. But now, with advancement in the field of mobile technology, even video clippings can be shared with your loved ones.

Such is the craze of these apps among kids that within 3 months of its launch on iPhone for free; Vine became #1 downloaded application from the Apple Store. It was eagerly awaited by the Android users and was made available for them in the month of June. Instagram which was a prime photo sharing app has also included the video sharing feature in its latest update.

Almost all of the teens today are subscribed to one or more social networking sites. It has become a platform where they tend to keep in touch with their friends and dear ones. Sharing photos and videos is a part of sharing your experiences with them. This is the reason why these sites are daily uploaded with a number of videos especially by kids.

But, the main point of concern is, these kids are unaware of the ill effects of these video sharing apps. Parents too let loose their children by not getting too much involved in their activities with mobile phones. Sometimes due to eagerness and anxiety they tend to upload inappropriate material. They are unaware of the fact that when a photo or video is uploaded it cannot be taken back. It can be deleted from your account but what if the video is downloaded by some predators and trolls with vested interests?

A simple act of innocence can not only ruin the reputation of your kid, but also of the entire family. The kids need to be counseled about the ill effects. But what if the kids are adamant and insist on doing things their own way? The best option for parents to keep vigil over their kid’s mobile phone is by getting reliable phone monitoring software like the one developed by mSpy. 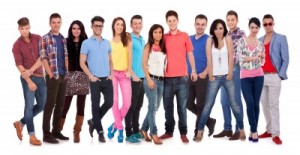 Once mobile spying software is installed, being a parent you can be sure of having better control on your kid’s activities on his/her mobile. You can easily track what your kid is downloading and what material he/she is sharing on the social networks. Not only this, parents can block the apps which they think are inappropriate for their kids. The monitoring software comes with several other added features which are of great use in tracking the exact location of the kids, trace their calls and message etc.

The more the parents know about the activities of their kids, the more it will be beneficial for them as it will become easy for the parents to know what grounds do they need to work on to improve their kids activities using apps like Instagram and Vine etc. Last but not the least; the kids would never know that cell phone monitoring app has been installed in their mobiles, as this software once installed becomes invisible on the phone.