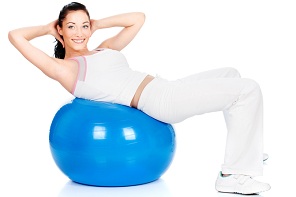 Towel Tech’s groundbreaking new gym towel calls on breakthrough fiber technology to resist bacteria and microbes, while at the same time exceeding the functionality of most existing fitness towel products. From its sleek zippered mesh pocket and color-coded sides to a powerful small magnet that allows it to attach to the side of equipment rather than lie on the floor – Towel Tech is a game-changer set to help thousands avoid contracting colds and the flu from their local health club.

While most gym-goers pay their monthly fee to work towards improving their health, millions hate using the gym during wintertime for its somewhat magic ability to harvest debilitating cold and flu viruses. And the culprit? Wiping down equipment with the last guy’s infected sweat! But one California-based team may have solved this conundrum with what could be the world’s most revolutionary towel.

They have aptly titled it ‘Towel Tech’; a gym towel made from a state-of-the-art combination patented fiber called TENCEL®. It’s naturally resistant to most forms of bacteria and microbes, allowing fitness fanatics to wipe down gym equipment and themselves, without the inherent risk of contracting a virus.

“Public gyms and fitness centers are riddled not only with cold and flu bacteria, but just about any disease that can live in someone’s sweat. For decades people have been trying to avoid getting sick from the gym, and what they often don’t realize is that their trusty gym towel is its own worst enemy,” says Henry Cohn, co-founder of Towel Tech. “So, we tasked ourselves with creating a towel that can hygienically be used to wipe down equipment, wipe ourselves and do it all while resisting bacteria.”

Continuing, “It is eco-friendly, highly-absorbent and dries almost twice as fast as any other towel on the market. The new age materials and elite functionality fuse to create something that is not only useful, but something that actually works.”

Towel Tech’s breakthroughs stretch far and beyond its bacteria resistance. A convenient zippered mesh pocket allows for easy storage of small items while working out, along with a tiny powerful magnet that allows the towel to hygienically stay attached to equipment/lockers and off the floor.

But perhaps the most ingenious extra feature comes from simple color-coded sides.

“The towel’s reverse-color design allows users to remember which side to use to wipe down equipment and which side to use for their body. This further enhances Towel Tech’s hygiene mandate. It has to be the “safest” towel in the world!”

Towel Tech is already being used by thousands of gym users, athletes, personal trainers and even professional sportspeople. Many have come out with rave reviews.

Zack K. from Huntington Beach comments, “I don’t have to empty my shorts before hopping on the leg press or row and I can stash my gloves since I only use them on a few sets.”

Dan from Seattle bought Towel Tech for his wife. The results have blown him away: “Michelle is using it all the time – she’s in training to become a barre teacher for a second income and is at the gym most nights after work. She really likes the towel for sure. She goes to barre class 3-5X a week and uses it every time. So it’s seen regular use, and she’s happy to have it. The magnet is so darn strong – it’s a cool feature especially for athletes like her that are very germ-aware. And the barre studio is very Spartan. Nowhere to set anything down so the magnet is key.”

For more information on Towel Tech or to place an order, visit the official website: toweltech.com.

Towel Tech can also be seen in action on YouTube: http://bit.ly/1I2v1Nc.