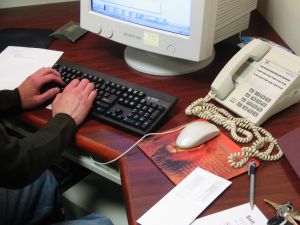 You can chow down on vitamin supplements like they were going out of style, make calorific meals using a calculator, weighing scales and your own inflated sense of ego, but there’s one health scare you can’t ever prepare for.

If an accident in your workplace hits, those supplements will be as useful as a submarine on the A90.

It can happen at any time, a major slip, trip or fall to put you out of commission for weeks, months or maybe even years. There were over 600,000 cases of injury in the UK last year, and at least a few of those could be put down to bad bosses.

Indeed, while your boss could have a halo for a head, sprinkle rose petals over employees as they enter and send delightful pictures of cats through the company email system, they’re still shirking their responsibility if they don’t adhere to health and safety legislation.

With that in mind, how can you make sure your boss is minimising your risk of an accident?

Whether you’ve had an accident or not, your first port of call should be the professionals – injury claim specialists can help you figure out how to protect your workplace from accidents, as well as what to do if you want to file a claim against your employer.

There are few people better suited to spotting the danger zones in a place of work, so pick up the phone and see what they can do for you.

Get your boss on your side

You know that lovely boss we were discussing earlier? The one with the rose petals and cute cat pictures? Well, here’s an unfortunate truth – they aren’t all like that. In fact, some bosses can be downright vindictive.

But that doesn’t mean you have to let their villainous tendencies get in the way of your working relationship. With occasional healthy conversations, it’s much easier to nudge your boss into doing the right thing without legislation having to weigh in. 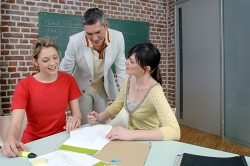 While their day might be done, you can still create pressure on your employer with a grassroots strategy by teaming up with colleagues to complain about health and safety.

One lone voice means practically nothing in a bosses’ mind, but just imagine the pressure they’ll feel if a gang of you knock on their door.