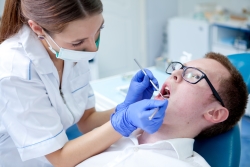 Change in weather sets in various allergies and can be a period of discomfort and turbulence for many. The blossoms and pollen can cause stuffy noses and leads to the common habit of breathing with the mouth.

A dentist is the most qualified person to detect signs of mouth breathing in a patient. And as a result they can suggest the best solution for it too. The allergies cause an obstruction in the upper air passage forcing the patient to breathe from the mouth. Almost all families have an individual or so suffering from it. Most patients pay a visit to the dentist once every six months and hence that opportunity can be used to discuss the problem with the dentist. Let’s take a look at the disadvantages of breathing with the mouth.

1. Damage to children
Children, who are not treated for breathing from mouth timely, suffer from abnormal development of the face and teeth. They are generally seen with narrow mouth and faces. They have smiles that look gummy and suffer from crooked teeth and gingivitis. Since they do not sleep well it eventually also effects their academic growth and overall health. Such children are often wrongly diagnosed with lack of attention and being hyperactive. Mouth breathing also affects the overall intake of oxygen in the blood and can lead to serious diseases like blood pressure, problems of the heart and amnesia.

2. Early symptoms
It is critical that the condition is caught at an early stage for the treatment to start on time. On every visit to the dentist there should be check for any swollen tonsils and symptoms of erratic breathing. If any swelling of the tonsils or adenoids is found, then they should be removed by an ENT specialist. If it is found that the face and mouth are narrow then the dentist should suggest appliances that help in expansion of the nasal and sinus passages. Most patients show a significant improvement in energy levels, behavior and academic performance after surgical intervention. It defiantly improves the quality of living of the patient.

3. Breathing from the Nose 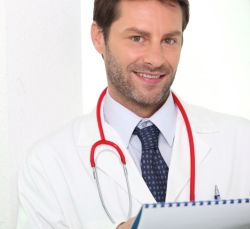 The most important scientific reason for breathing from the nose is a gas called nitric oxide. Production of this gas is only possible when the air passes through the nose and the sinus membranes. This gas in small quantities enhances the ability of the lungs to absorb oxygen. Nitric oxide is also deadly to bacteria and other viruses and prevents them from entering the human body. Hence, inhaling from the nose is very important for the well being of the body.

4. Smell and Taste
Our smell and taste buds are also directly linked to the breathing from the nose. If the nose is blocked or not inhaling properly, then the sense of smell will also not work to its full potential. Similarly, the sense of taste will also suffer, leading to loss of appetite and other weight problems. The nose is also neurologically connected to the lungs and heart. If the patient is not breathing well it can directly alter the pressure on the heart and increase the response to stress. The nose generates 2 pints of mucous on a daily basis. If the nose is not working correctly then it will lead to the accumulation of this mucous, which can lead to infections of the ear and sinus.

– Clara Carol is practicing dentist in Brooklyn, New York. She loves to write when finds time she has written various articles pertaining to dental hygiene and overall health for various online health blogs and e-magazines.