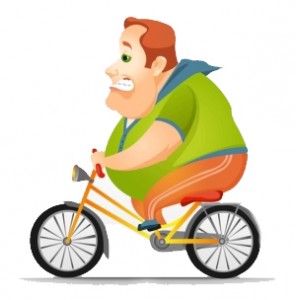 From Your Health Journal…..”I had to promote one of my favorite sites again, The Mail Online out of the UK. They always have some great health articles, so I am always sending visitors their way. Today’s article written by Claire Bates is an ‘eye opener’ – as it discusses how it can be too late for many obese people who try to lose weight later in life, as they may find their hearts irreparably damaged. This is a very important finding from a recent study. Yes, many of you may say this is obvious, but for me, reports from some studies help solidify my thought on a topic. We are constantly preaching here the importance of losing weight if someone is severely overweight or obese. The damage to one’s body over time makes life very difficult for many – as they deal with obesity related health issues such as heart disease, cancer, type 2 diabetes, asthma, weak joints, and other health concerns. This article we are discussing here today is actually a followup to a press release posted here earlier today. People who are overweight later in life may still have damaged hearts even if they lose weight. But, this does not mean they should not still try to lose weight. Losing weight at any age is still the best preventative medicine against many illnesses. Please visit The Mail Online web site to read the complete article. It was well written and very informative.”

It CAN be too late: Obese people who lose weight later in life may find their hearts irreparably damaged

Obese adults need to lose weight sooner rather than later if they are to undo the damage to their hearts, new research suggests.

Researchers found that young overweight people who reduced their calorie intake were able to reverse the damage caused by carrying excess fat.

However, while shedding the pounds reduced the negative effects of fat on the hearts of older adults, they were beyond repairing themselves.

Older mice, who had been obese for a longer period of time, did not regain better heart function after they were on the same low-calorie diet.

The two major risk factors for heart disease are obesity and age and the impact on the heart increases as we grow older and the longer we are overweight.

But scientists are unsure when in life irreversible damage to the heart is caused by a poor diet.

Now a study in mice from Johns Hopkins University School of Medicine suggests it is better to lose weight sooner rather than later.

Lead author, Dr Majd AlGhatrif, said: ‘Our research indicates that the longer mice are obese, the greater the risk that their heart damage is irreversible.’

The researchers looked at whether the protective effects of restricting calories would still apply in leptin-deficient obese mice and whether these effects were similar in different age groups.

Leptin is a hormone produced by the fat cells that triggers the sense of feeling full. Deficiency of this hormone causes overeating and obesity.

To do this, they compared the effects of a restricted diet in two-month-old mice compared to seven-month old mice.

Both sets of mice lost a similar amount of weight. This reduced the negative effects that fat deposits had on the heart tissue in the older mice.