Article courtesy of PRWeb, please share your thoughts below on this product. Do you think it will help some kids? 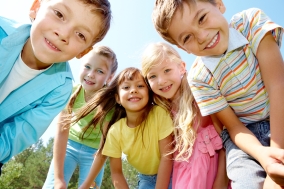 38% of students have moderate to severe test anxiety. 86% of students surveyed said that a new product called “Bouncy Bands” helped them feel calmer when they take tests; 87% of teachers said kids focused better.

Kids who get stressed-out taking tests can bounce and wiggle their way out of anxiety, according to new surveys.

Bouncy Bands strap between the legs of chairs or desks allowing students to bounce their feet while they work and release some of their extra energy. They’re a boon to students at any time of year but, with the end of school year approaching, parents and teachers are looking for any resource to help their children perform better, especially those who suffer from test anxiety.

This is important, says the product’s creator, elementary school counselor, Scott Ertl, because the American Test Anxieties Association reports that a majority of students are more stressed by tests and by schoolwork than by anything else in their lives. About 20% of students have high test anxiety, making this the most prevalent scholastic impairment in schools. Another 18% are troubled with moderate test anxiety.

Ertl created Bouncy Bands in 2014 for his own students and since then they have already been enjoyed by more than 15,000 kids across the globe.

Ertl said, “Bouncy Bands help kids relieve their extra energy, anxiety, stress, and hyperactivity while they sit at their desks. Kids love being able to move instead of having to sit still for five to six hours every day. I like to say they can ‘wiggle while they work.’ Bouncy Bands enable high energy kids to fidget without distracting others. They discreetly soothe student anxiety, frustration, and hyperactivity and increase their attention so they can spend more time on tasks.”

Made from a heavy-duty rubber rope that is stronger than bungee cord, inner tubes, and stretch bands, Bouncy Bands have been featured by Creative Child Magazine as a 2014 Product of the Year and named as a “Great Find” by AblePlay.

Over 120 teachers throughout the U.S. have been fully funded through DonorsChoose.org for every student in their class to receive a free Bouncy Band. Teachers who received grants for Bouncy Bands have been singing their praises.

Mike Adams, of R.H. Gettys Middle School, Easley, South Carolina, said, “The students are rushing to my classroom every day now in order to get a desk with the bouncy bands. Their focus has increased tremendously.”

Renee Drake, fourth grade teacher at South Columbia Elementary School, Augusta, Georgia, said, “These bands have truly impacted my room in the best way possible. The noises in the room have gone down significantly because the students are able to silently bounce their feet and fidget without tapping or bouncing pencils on their desks.”

Colleen Kennedy, school counselor at Camp Ellen Elementary School, Norfolk, Virginia: “Students are staying in their seats longer, completing tasks in their entirety, and very excited about their new desk accessory. They have very happy feet and if their feet could smile I’m sure that they would.”

And Molly McCarthy, sixth grade teacher at Piedmont Open IB Middle School, Charlotte, North Carolina, said, “There are students who rely on the bands as much as their pencil and eraser.”

Harlem Globetrotters star Julian “Zeus” McClerkin, who is normally seen bouncing around a basketball court, is also a fan. He said “I wish I’d had Bouncy Bands when I was in school. Even now, I like to bounce my feet when I sit. I can see a lot of kids who would love these!”