This article is courtesy of PRWweb and Dr Gerry Curatola. What are your thoughts, please share them below….. 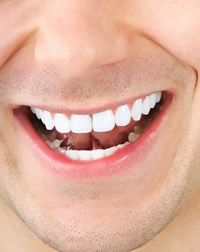 With teeth whitening continuing to grow in popularity, hydrogen peroxide teeth whitening dangers can include risk of cancer due to free radical oxidation damage to the gums and tongue. Dr Gerry Curatola shares these four tips to minimize this risk.

Teeth whitening, the most requested cosmetic procedure in America, uses a common peroxide-based bleaching ingredient, mainly hydrogen peroxide or carbamide peroxide, that is raising health concerns. According to integrative cosmetic dentist and wellness pioneer, Dr. Gerry Curatola, “Most people are unaware that hydrogen peroxide teeth whitening dangers include the risk of oral cancer. Peroxide in teeth whitening is a potent oxidizer, and oxidation is the same process that rusts your wrought iron furniture.” Curatola explains that the uncontrolled use of these peroxide-based whitening products, especially OTC bleaching strips, gels and trays, bombard the mouth with thousands of potentially cancer-causing molecules called free radicals during whitening. It also lowers important levels of antioxidant protection to keep your mouth healthy, especially on your gums and tongue. “In a sense, we may be whitening our teeth, but ‘rusting’ our gums!” says Dr. Curatola.

1) Avoid at-home whitening products. Whitening your teeth at a dental office is safer, where your gums are protected during the process.

2) Do not whiten more than four times a year, not less than three months apart.

3) Be sure you receive a dental examination prior to whitening to ensure there are no areas of decay, gum disease or loose crowns or fillings that can put your teeth at risk of permanent damage.

4) Restore and replenish vitamins and antioxidants in the mouth lost during the whitening process. Vitamins A, B, C, D, E, and Coenzyme Q-10 are all important for healthy teeth and gums.

Curatola developed his Brighten & Balance (B&B)™ Teeth Whitening process. The objective is to safely whiten teeth while restoring the important antioxidants lost during the whitening process, which are essential for health and protection.

He patented an in-office antioxidant gum mask called NuPath Bioactives®, containing powerful antioxidants, homeopathic microminerals and herbal extracts. Applied to the gums for six minutes after the whitening process, it is followed by a salt bath rich in trace minerals for a balancing and rejuvenating result.