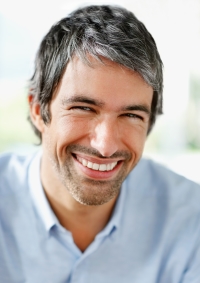 For most people, shaving leaves their skin soft, smooth and hair-free. However, many others out there are not so lucky, and the simple act of removing hair from their body means days or even weeks with skin which is sensitive to the touch, and breaking out quite visibly. For guys whose facial hair grows quite quickly, there seems to be two options in this scenario – either sport a lifetime beard, or present to the world a rash on their face, chin and neck every time they shave. However, for many guys, the option for just growing a beard simply isn’t there. For example, men in the military are expected to be clean-shaven and many other industries, for example the hospitality industry, expect the same. So, what can you do to best prevent shaving rash and other problems?

Use an Electric Razor

If up until now you have been shaving with a cheap or even disposable manual razor, this could well be one of the root causes of your problem. By investing in the best beard trimmer or electric razor out there, there’s a high chance that shaving rash will become a thing of the past as you’ll get a gentler shave as electric razors don’t often cut as close to the skin as regular disposable ones. If you don’t want to use an electric razor, using a single-blade razor is the best option for those who suffer from shaving rash.

Failing to use proper shaving techniques is one of the biggest reasons why shaving rash occurs. When shaving your face – or any other part of your body – it’s vital to shave in the general direction that the hairs are growing, and not against them. If you need to take a second pass over the skin with your razor or beard trimmer, it is important to do so gently, without pushing down on the skin. Getting a super-close shave can also cause problems with shaving rash later on, so avoid pulling your skin taut when shaving, too.

Using and re-using your razor blades is not an option for those who suffer from shaving rash. If you get shaving rash, it’s understandable to think that your skin irritation is caused by using a sharp blade. However, it’s actually more likely that you’ll cut yourself with a dull blade rather than a sharp one, and the same is true for razors. When you run a dulled razor over your skin, it will snag on some hairs whilst passing over others. Not only does this make shaving more of a difficult task for you, it also means that you’re more likely to end up suffering from shaving rash and ingrown hairs. Not only will any missed hairs stick out on your skin, snagged hairs are going to be the ones that cause you problems.

Shaving rash can be an irritating and painful problem, especially if you are required to be clean-shaven for work. But, by using the right products and techniques, you can avoid it.