This article is courtesy of PRWeb, please share your thoughts below….. 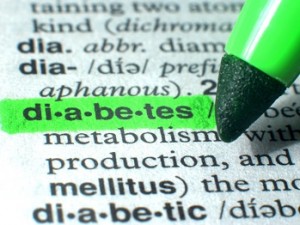 It’s a paradox: Diabetics with above-normal weight use health care less and report overall better physical health than their diabetic counterparts with normal weight, according to two new studies from UC Davis Health System. The authors suggest that the extra weight isn’t protecting diabetics as commonly assumed, but that normal-weight people with diabetes are afflicted with a more severe form of the disease.

Prior studies found that diabetics with normal BMIs have a higher mortality risk than those who are overweight or obese.

“The mortality paradox led to the ‘protection explanation’ that seems unlikely to be true because we didn’t see any beneficial effects of excess weight in people who did not have diabetes,” said Anthony Jerant, professor of family and community medicine at UC Davis and lead author of the studies. “The possibility that there is more than one form of type 2 diabetes is supported by basic science studies showing physiological differences in leaner people with diabetes.”

For their research, Jerant and his colleagues evaluated data on about 120,000 patients in the 2000-2011 Medical Expenditures Panel Surveys (MEPS), an annual assessment from the U.S. Department of Health and Human Services on health status, medical services and health care costs among a representative sample of U.S. civilians.

Characterized by unstable blood sugar levels, diabetes is currently diagnosed as type 1, an unpreventable form typically diagnosed in children or young adults, or type 2, which mostly affects adults and is linked with unhealthy lifestyles. Because the vast majority — about 90 percent — of the nearly 30 million diabetics in the U.S. have type 2, the study results are most applicable to type 2 diabetes.

In a study published online March 20 in the journal Medical Care, the UC Davis team compared health care expenditures, hospitalizations and emergency department visits for those with and without diabetes and in relation to their BMIs (normal, overweight or obese), a standard measure of weight adjusted for height. For all three study criteria, health care utilization was significantly higher in normal weight than in heavier diabetic persons, differences that were not observed in those who did not have diabetes.

Jerant believes the new findings provide evidence that it’s time to quit thinking that leaner type 2 diabetics are at lower risk for bad outcomes from the disease than their heavier counterparts.

“Researchers should be looking at genetic and metabolic factors that define type 2 diabetes for those with different weights,” said Jerant. “Teasing out those factors could eventually enable us to develop and test diabetes management plans that address those differences.”

Jerant’s co-authors were Peter Franks and Klea Bertakis, professors of family and community medicine at UC Davis. They received no external funding for their research.

“Body Mass Index and Health Care Utilization in Diabetic and Nondiabetic Individuals” is available at http://journals.lww.com/lww-medicalcare/Abstract/publishahead/Body_Mass_Index_and_Health_Care_Utilization_in.99062.aspx.

“Body Mass Index and Health Status in Diabetic and Nondiabetic Individuals” is available at http://www.nature.com/nutd/journal/v5/n4/full/nutd20152a.html

For more information about UC Davis Health System and its Department of Family and Community Medicine, visit http://healthsystem.ucdavis.edu.