Submitted by the Baylor College of Medicine, please share your comments below….. 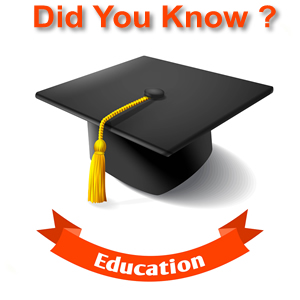 Millions of people around the world use herbal health remedies, following a tradition that began millennia ago. Many believe that herbs are safe because they have been used for many years, but researchers from Baylor College of Medicine and Stony Brook University are raising awareness that long-term use of herbal remedies is no guarantee of their safety. The invited commentary appears in EMBO reports.

The authors remark that in Taiwan, according to the national prescription database, between 1997 and 2003, 8 million people were exposed to herbals containing Aristolochia. Studies of patients with renal failure and cancer in Taiwan and China show that tens of millions of people in those countries are at risk of AAN.

In genetically susceptible people, consuming Aristolochia can lead to the formation of complexes between aristolactam, a compound in Aristolachia, and DNA in renal tissues. These complexes lead to mutations in the TP53 tumor suppressor gene, which in turn initiate the process toward kidney cancer. Additional studies have shown that this process may also lead to the development of cancer in the liver and the bladder.

Marcus and Grollman indicate that other herbals and traditional medicines are responsible for severe adverse events in Africa and Asia, but in these cases epidemiological data are lacking.

Although Aristolochia has been used as a herbal remedy for more than 2000 years, “the intrinsic toxicities were not recognized, owing, in large part, to the latency period between exposure and the onset of symptomatic disease, and, in part, to genetic determinants that confer susceptibility to only approximately 5 percent of those exposed to this herb,” said the authors. The long-term scientific study of AAN revealed the association of the disease with Aristolochia.

Almost all carcinogens and many toxins require a long period of time before symptoms appear. This makes it very difficult for a layman or a professional to identify a particular compound as the cause of an illness when it was taken months or years earlier.

“The history of Aristolachia indicates that other herbs that have been used for a long time may also have toxic and/or carcinogenic compounds,” said the authors. “It is prudent to assume that many herbs may contain toxic or carcinogenic substances that can cause subsequent health problems for humans.”

Marcus and Grollman disagree with the World Health Organization’s endorsement of the use of traditional herbal remedies on the premise that traditional medicine is of proven quality, without mentioning the lack of scientific evidence supporting the efficacy of herbal remedies or their demonstrated hazards, as in the case of Aristolochia.

The authors emphasize that their primary concern is “the prevention of toxicities associated with herbal medicine and not a categorical rejection of traditional healing practices. Herbal remedies pose a global hazard. We encourage the global health community to take actions that will evaluate both long- and short-term safety, as well as the efficacy of botanical products in widespread use.”

The authors declare having no conflict of interest.