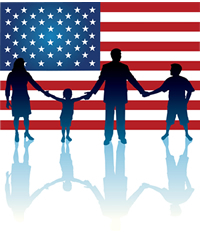 Well, maybe not sick exactly, but certainly not healthy. We’re fatter than we’ve even been, which has led to increases in a number of related problems, such as heart disease and diabetes. And as healthcare costs have continued to rise, so has the money companies have to fork over for insurance benefits.

Because of this, many businesses have begun rethinking their old models of simply offering “benefits” like free gym memberships and office exercise classes. Instead, they’re really looking at that bottom line and finding new ways to change from a culture of treatment to one of prevention and accountability. It’s a process that hasn’t been without growing pains, but a number of employees have found the new model quite helpful. Here are just a few of the best program ideas out there.

Obviously, the ultimate goal of companies with this change is to save money, so it may seem strange that many have turned to actually giving out more money to employees.

Bigger paychecks. Obviously, the ultimate goal of companies with this change is to save money, so it may seem strange that many have turned to actually giving out more money to employees. However, with healthcare costs rising so rapidly, the cost of a few health “bonuses” for people who meet requirements and qualify for the lowest-cost plans is far less than dealing with higher premiums and future health issues.

A few companies have even tried going the opposite route and taking money away from employees who weren’t meeting health standards, but in general, those experiments have resulted in far more backlash and often been quickly dropped.

Lower insurance payments. Alternatively, companies and insurance providers have worked together to create plans that ‘incentivize’ employees by reducing the amount of their deductible and co pays if they meet certain health requirements. In essence, it’s the same as putting extra money on their paycheck, but this model may be even more attractive to businesses because it doesn’t cost them more money, just saves cash for their employees.

Getting social. Most adults spend at least a third of their day at work, so we tend to care quite a bit about what our coworkers think of us. Now, companies are leveraging this built-in social community as part of their health and wellness programs by engaging in things like health “challenges” and “competitions,” as well as utilizing various social networking tools to help create support groups and let people help each other stay accountable and foster positive change within the group itself. 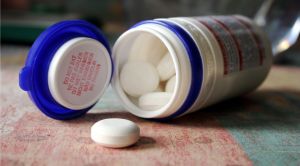 Encouraging people to stick with it. Another interesting and positive step involves some businesses actually lowering the cost of medication for chronic conditions as a way to encourage those afflicted to stay on the drugs that are helping them. This is a good thing in a number of ways, but it’s especially important because one of the main complaints against these kinds of incentivized programs is that they unfairly favor people who are already in good health and will likely find it easier to meet the necessary goals. By actively helping out those who already suffer from medical conditions and don’t always have control over certain common physical measuring sticks, companies are indicating that they want to find ways to improve the health – and healthcare costs – for everyone.

– Mike Walters is a writer for Engagement Health. Aside from constantly reviewing workplace health programs, Mike enjoys golfing whenever possible and going on trips with his wife Ashley.