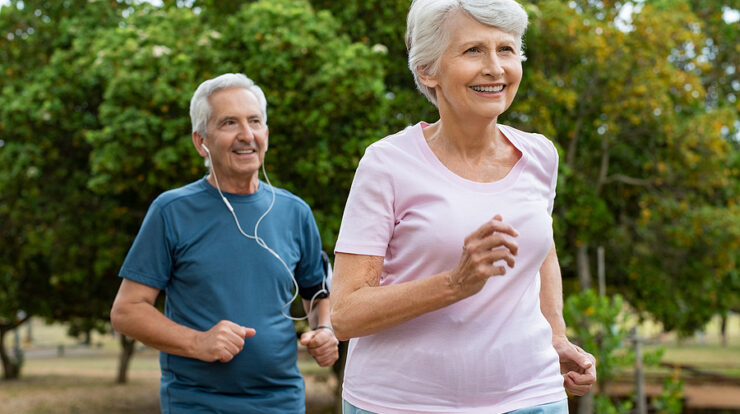 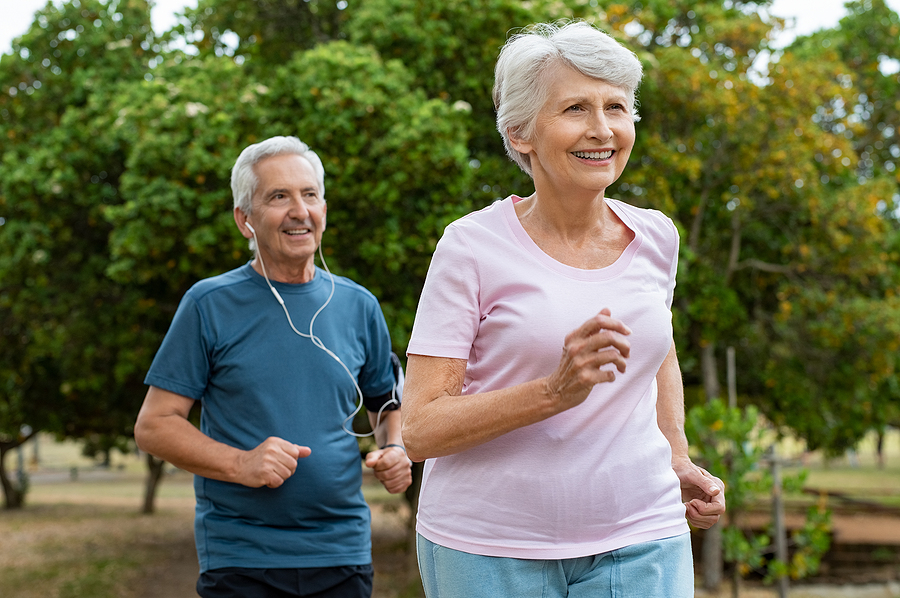 Submitted by the University of Georgia’s College of Family and Consumer Sciences….

On their own, exercise and eating higher protein diets are known to help people lose weight and increase strength. But combining both strategies doesn’t necessarily magnify their effects.

That’s according to a new University of Georgia study that examined the impact of a high-protein weight loss diet and exercise on women between the ages of 65 and 80.

The study revealed that while exercise during weight loss is critical to preserving muscle strength and function, a higher protein diet when combined with exercise does not appear to result in any added benefits to body composition and muscle strength in overweight older women.

“Overweight and obese women and women in general are at a higher risk than men for physical disability with advancing age,” said principal investigator Ellen Evans, who serves as associate dean for research and graduate education and professor in the UGA Mary Frances Early College of Education. “If older adults lose weight, especially too quickly or if they focus only on reducing calorie intake, they are going to reduce their risk of obesity, but at the same time, they’re going to increase their risk of osteoporosis and sarcopenia (loss of muscle mass), which can be problematic for older adults.”

Participants in the high-protein diet groups were instructed to consume at least one serving or 3 ounces of cooked lean beef per day, as well as other lean meats, eggs, protein bars, whole foods and more.

Those in the exercise groups completed a multicomponent program that included cardiorespiratory (aerobic) training, strength training for all major muscle groups and balance and functional exercises three times a week on nonconsecutive days during each week for six months.

When the results came in, changes in weight and fat mass did not differ among the groups. But despite losing weight, muscle strength increased in the exercise groups. 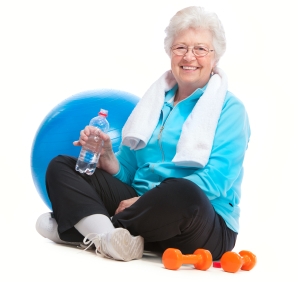 Obesity negatively affects lower extremity physical function (LEPF) in older adults. It’s also a key determinant—along with cognition—in whether these individuals can function on their own and lead independent lives. In the United States, 70% of women over 65 years old are considered overweight or obese.

“The larger the body weight, the more muscle strength and endurance is needed to move from point A to point B,” said Evans. “We were more worried about LEPF because when individuals can’t move their body weight anymore for basic activities such as walking, climbing stairs and more, that’s when they lose their independence.”

In addition, the non-exercise group—despite eating a higher protein diet—actually experienced reductions in strength and little improvements in LEPF compared with the exercise groups.

“What’s reinforced by this study is if older women are trying to lose weight, they really need to incorporate exercise into their weight loss program, especially strength training to preserve muscle mass and strength,” said Evans. “They will also receive greater benefits from a physical function perspective.”

Researchers also found that increasing dietary protein intake, especially up to the levels commonly recommended for older adults who want to lose weight, is behaviorally challenging and usually requires dietary prescriptions that mix animal, plant and supplement forms of protein. Many lean, high-quality protein sources like lean meats, seafood and dairy foods have to be cooked or at least refrigerated, which takes more planning.

“Beef and other high-quality meats that are lean are relatively expensive,” said Evans. “And for someone who doesn’t regularly eat that much protein on a daily basis, to make that happen is really difficult. To lose weight, you have to cut calories and at the same time increase protein, which means you have less discretionary calories. It’s the combination of the two that can be especially behaviorally challenging.”

“Our weight loss program was very reasonable and aligned with nutrition and exercise guidelines, but it required several behavioral changes,” added Evans. “Many people exercise to maintain their weight or to change their body shape, but for overweight or obese older adults, more people need to understand the importance of weight loss combined with exercise to not only help prevent or manage chronic diseases such as diabetes but also to maintain physical independence. For these individuals, a small amount of weight loss when combined with rigorous exercise, which includes strength training, can greatly prevent physical disability as one gets older.”

Funded by The Beef Checkoff, the National Institute of Food and Agriculture and the U.S. Department of Agriculture, the study was conducted in collaboration with co-PI Mary Ann Johnson, who previously served as a professor in UGA’s College of Family and Consumer Sciences and currently serves as a professor and department chair at the University of Nebraska-Lincoln. Additionally, associate professor and registered dietitian nutritionist Ali Berg in UGA’s College of Family and Consumer Sciences contributed to the study when she was a doctoral student.