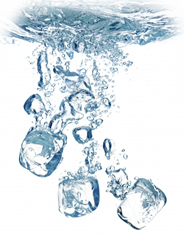 Is chlorinated water really safe to drink? This question has vexed skeptics for over a century. Since the early to mid 1900’s, adding chlorine to drinking water has been standard procedure. And there is no doubt that chlorine kills unwanted micro-flora like bacteria in the water supply. But the practice has also been controversial.

Chlorine may kill micro-flora but is this the safest way to handle the problem? More importantly, is there a price to be paid long term?

Chlorine is a known poison. Nothing brings this closer to home than the horrendous use of chlorine gas in World War I. Thousands were killed and many more were blinded. But proponents say chlorination does more good than harm. And they argue that the minute levels of chlorine in the water is de facto proof that little harm should be attributed to it.

Well, if ‘little’ things are so harmless than why bother with the microscopic life forms in the first place? The answer is that an argument based on ‘small’, ‘little’ or ‘minute’ is suspect especially since research over the last ten to twenty years reveals a disturbing association.

Recently, the President’s Council on Environmental Quality stated that “there is increased evidence for an association between rectal, colon and bladder cancer and the consumption of chlorinated drinking water.”

Knowing that government is loathe to admit any fault or go back on itself once it’s taken a position, why would they concede that chlorine is harmful now, despite proponents argument for over a century that ‘a little is harmless’? The answer is simple: chlorine in water has always been harmful!

Here are just a few ‘blasts from the past’ of those who warned against the use of chlorine in the water supply:

“Chlorine is the greatest crippler and killer of modern times. While it prevented epidemics of one disease, it was creating another. Two decades ago, after the start of chlorinating our drinking water in 1904, the epidemic of heart trouble, cancer and senility began.”

“Showering is suspected as the primary cause of elevated levels of chloroform in nearly every home because of the chlorine in the water.”

There are other ways to make water safe for consumption. These include UV radiation, ultrasound, ultra-filtration, reverse osmosis, heating, freezing, and ionizing radiation. In Europe, ozonation is the physical method of choice.

Regardless of what method is used, we the consumer, can and should filter the water before we consume it.

To remove chemicals like chlorine, materials that include activated carbon, block or granules, are effective. Removal of heavy metals like lead and mercury require an additional filtration substance such as KDF (Kinetic Degradation Fluxion). And if you’re still concerned about microorganisms, a combination of ceramic filtration, reverse osmosis and/or UV radiation is sufficient.

There are other ways to make water safe for consumption.

You can spend as little as a few hundred dollars to a few thousand. It all depends on how much protection you’re willing to pay for. But at the end of the day, I recommend at a minimum, a system that removes as much chlorine and other chemicals as possible. And that means a high quality activated carbon block or granular system.

Don’t take your health for granted and now that you know ‘a little’ chlorine may have ‘big’ consequences take control. We are on our own. And in your quest for good health I wish you all the best.