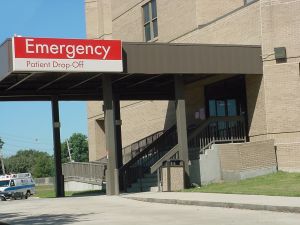 From Your Health Journal…..”I wanted to promote an excellent article written by Jason Kane for PBS Newshour entitled Seven Things Teenagers Can Do To Stay Out of the Emergency Room. I encourage all of you to visit the PBS web site (link provided below) to read the complete article. I hope it helps many people! The article quotes Dr. Davis, an emergency medicine physician at St. Michael’s Medical Center in Newark, just blocks from the scene of a crime that he participated in during his youth. In this article, Dr. Davis suggests seven things young people can do to stay out of the emergency room which include learning how to resolve conflicts without weapons, saying no to drugs, seek early help for mental issues, and develop / maintain a healthy lifestyle. Dr. Davis gives some excellent points in this article, so please visit the PBS site to read the complete story, as well as watch video on it too!”

Even as he was patting them down for jewelry and cash, Sampson Davis knew he’d had brighter ideas than this: robbing drug dealers.

It was the summer before Davis’s senior year of high school and the plan to jump the Montclair drug boys seemed simple enough when he and three buddies — Snake, Duke and Manny — first dreamed it up in the schoolyard. They would dress in black “to blend in with the darkness.” In and out. No one gets hurt.

And as Davis describes in his new book, “Living and Dying in Brick City,” that’s exactly how it went down … until a four-door Chevy Citation pulled up to the scene carrying two men in jeans and polo shirts. The four boys had been about to make their getaway when the men in the car started yelling something about being lost. What happened next would trigger a series of events that led Davis to medical school and Snake to the morgue.

Davis took a few steps toward the car, just close enough to see a police radio on the floor. And it registered with him almost immediately: undercover cops. Within seconds, the group was practically surrounded by police cars.

In the days that followed, Snake, Duke and Manny were each sentenced to multiple years behind bars. But because Davis was just 17 and had a relatively clean slate, he got probation, four weeks in juvenile detention and another chance.

Today, Dr. Davis is an emergency medicine physician at St. Michael’s Medical Center in Newark, just blocks from the scene of the crime.

NewsHour senior correspondent Ray Suarez recently traveled there to discuss the new book — which Davis describes as “part memoir, part self-help, part anecdotal” — and to explore why growing up in America’s poorest communities not only increases the chance for social missteps, but can also lead young people to poor health and drastically shorter lives.