This article is courtesy of PRWeb and Harvard Health Publication….please share your thoughts below….. 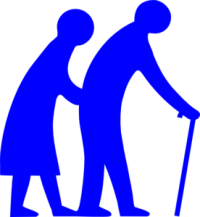 An individual with a close relative with Alzheimer’s is at slightly higher risk for the disease. Genetic testing for Alzheimer’s risk genes is not generally helpful.

Alzheimer’s disease represents a personal health crisis, but it’s also a family concern. When someone is diagnosed with Alzheimer’s, what does that mean in terms of the risk his or her children and siblings might face?

“People think that if their dad or aunt or uncle had Alzheimer’s disease, they are doomed, but that’s not true,” says Dr. Gad Marshall, assistant professor of neurology at Harvard Medical School. “Even though family history adds to the overall risk, age still usually trumps it quite a bit.”

Close relatives of someone who’s been diagnosed with Alzheimer’s have about a 30% higher chance of developing the disease themselves, according to the January 2016 issue of the Harvard Men’s Health Watch. But it’s important to ask: “30% higher than what?”

A 65-year-old American’s annual chance of being diagnosed with Alzheimer’s is about 2%. Having a relative with dementia raises that chance by around 30% — to 2.6%. “It means your risk is higher, but it’s not that much higher, if you consider the absolute numbers,” Dr. Marshall says.

Family members often wonder if they should be tested for the “Alzheimer’s gene,” called apolipoprotein E (also known as APOE4). The short answer is no. “Being tested for APOE4 is not going to be helpful, since it won’t tell you whether you will develop the disease,” Dr. Marshall says. “It will only tell you if you are at a greater or lower risk.”

Read the full-length article: “Alzheimer’s in the family”

Also in the January 2016 issue of the Harvard Men’s Health Watch:

* How much meat in your diet is healthy?

* What to do about knee pain