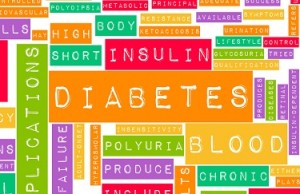 This article was submitted by the Baylor College of Medicine, please share your comments below…..

For most people with type 1 diabetes, the disease seems to occur suddenly, often resulting in a trip to the emergency room with life-threatening complications. But a new recommendation calls for a diabetes staging classification that could mean earlier diagnosis and better outcomes for patients in the long run.

The recommendation was made by the JDRF, the American Diabetes Association and the Endocrine Society in the January issue of the journal Diabetes Care and is based on research from TrialNet, an NIH-funded international network of research centers, including Baylor College of Medicine and Texas Children’s Hospital.

The research indicates that type 1 diabetes can now be most accurately understood as a disease that progresses in three distinct stages.

Stage 1 is the start of type 1 diabetes. Individuals test positive for two or more diabetes-related autoantibodies. The immune system has already begun attacking the insulin-producing beta cells, although there are no symptoms and blood sugar remains normal.

Stage 2, like stage 1, includes individuals who have two or more diabetes-related autoantibodies, but now, blood sugar levels have become abnormal due to increasing loss of beta cells. There are still no symptoms.

For both stages 1 and 2, lifetime risk of developing type 1 diabetes approaches 100 percent.

Stage 3 is when clinical diagnosis has typically taken place. By this time, there is significant beta cell loss and individuals generally show common symptoms of type 1 diabetes, which include frequent urination, excessive thirst, weight loss and fatigue.

“Clinical research supports the usefulness of diagnosing type 1 diabetes early – before beta cell loss advances to stage 3. The earlier diagnosis is made in the disease process, the sooner intervention can take place, and the more beta cells are likely to remain. More beta cells may lead to better outcomes regarding blood sugar control and reduction of long-term complications,” said. Dr. Maria Redondo, director of the Texas Children’s/Baylor TrialNet Clinical Center and associate professor of pediatrics at Baylor and in the diabetes and endocrinology section at Texas Children’s Hospital.

The Texas Children’s/Baylor TrialNet Program serves as one of the 14 TrialNet Clinical Centers throughout the United States, Europe, Canada and Australia. TrialNet was founded in 2001 and since then has screened approximately 150,000 participants for type 1 diabetes markers.

Screening is recommended for people who have relatives with type 1 diabetes. Family members have a 15 times greater risk of being diagnosed than a person with no family history. TrialNet screening is available at no charge to:

* Anyone between the ages of 1 and 45 with a sibling, child or parent with type 1 diabetes.

* Anyone between the ages of 1 and 20 with a sibling, child, parent, cousin, uncle, aunt, niece, nephew, grandparent or half-sibling with type 1 diabetes.

“TrialNet’s goal is to identify the disease at its earliest stage, delay progression and ultimately prevent it. We offer screening and clinical trials for every stage of type 1 diabetes and close monitoring for disease progression,” Redondo said.

For people who participate in type 1 diabetes prevention research like TrialNet, the risk of diabetic ketoacidosis (DKA) at diagnosis decreases to less than 4 percent from 30 percent. DKA is a serious complication of diabetes than can lead to coma or even death.