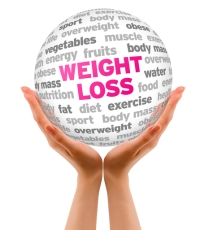 It is indeed surprising that so few of us turn to Indian spices for combating weight loss (or other problems for that matter), especially considering that Indian medicine has pre-existed its western counterparts for many hundred years in the form of ayurveda. Though the knowledge probably has little value today in the field of applied medicine, it is not so when it comes to the diet and healthy nutrition. With that in mind, here is a list of 10 Indian spices that have proven great for weight loss. Many have benefited from this knowledge for centuries; it’s your turn to reap the advantages now.

1. Black Pepper (Kali Mirch): The hot and spicy pepper is a great way to lose weight since it contains piperine, which speeds up the body’s metabolism, meaning that fats and carbs which are eaten get burned faster by the body to release energy instead of getting stored as fat. Besides, it also improves digestion, which results in better absorption of nutrients by the body.

2. Cardamom (Elaichi): Renowned for its ability to prevent gas formation and the consequent bloating of the stomach that it brings about, cardamom, like most other ‘hot’ spices, also increases metabolism in the body.

4. Mustard seeds (Sarson): Mustard seeds have the x-factor when it comes to boosting metabolism since it is shown to have thermogenic properties that ensure that your metabolic rate stays high even after several hours of consuming the spice.

5. Asafoetida (Hing): A common ingredient in traditional Indian medicine, asafetida is well known for its anti-spasmodic properties, besides aiding digestion and being a sedative. Not only do these properties make it a weight loss agent, but it is also a strong antioxidant and may help in combating cancer.

6. Cloves (Laung): Like other hot spices, this thin long spice, with a slight bulge on one end, is a great way to increase the body’s metabolism rate, which means you burn calories quicker and stay in shape longer.

8. Coriander seeds (Dhaniya): Sometimes also known as cilantro, this spice is a great way to improve digestion and also controls bad cholesterol in the blood, which not only does a ton of good for your heart health, but aids in weight loss as well.

9. Cumin seeds (Jeera): Cumin seeds too boost metabolism and improve the working of the digestive system; not only this, but they also strengthen the immune system and help in flushing out toxins, which provides for better nutrient assimilation.

10. Fennel seeds (Saunf): A spice that is often chewed after Indian dinners, fennel seeds aid in digestion and quicken metabolism. It is one of the oldest known spice for weight loss in the west, and was introduced as such as far back as 1650 by William Coles in ‘Nature’s Paradise’.

– Shishir Rao is a contributor at LeanOnLife.com. He is a fitness aficionado, and has been writing articles on health and fitness since he was 18. Shishir believes in doing his bit to spread awareness about healthy living, and he does it through his writing, one article at a time!