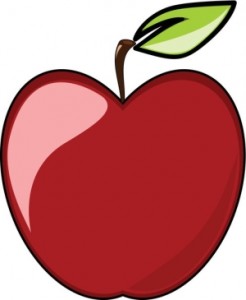 We’ve all been told what foods we should not be eating when it comes to our teeth. These foods get hammered into our skulls by our dentists, parents, and articles on the internet. So, what’s the deal? Should you really be giving up foods (and drinks) like apples, popcorn, soda, and coffee? The answer isn’t either yes or no. It all comes down to how you choose to consume these, and many other, types of foods.

Apples are a weird bunch and lately they’ve taken a lot of scrutiny when it comes to the health of your teeth and that scrutiny is largely inconsistent. Some say their ok, some say they’re damaging. One highly cited reason is their acid level, which is considered moderate. But guess what? Most fruit is acidic and there are plenty of other types of fruit more acidic than apples, such as blueberries and oranges. Plus, think about how many varieties of apples there are. Some are more acidic than others. Another big reason is the dense nature of apples. They take a bit more work than your average fruit to bite into and chew. On that merit, you might want to be careful when biting down on an apple, but should you eat with caution with respect to your teeth? Sure, but don’t give up eating apples just because some online article put it on a watch list. Apples are still nutritious and pretty tasty.

Anyone who has ever eaten popcorn knows why it’s on lists of tooth damaging foods. It doesn’t take long for a husk to become uncomfortably lodged in that place just out of your reach. When that happens, bacteria will feast away and when that happens, plaque develops. You shouldn’t let that stop you from chowing down, however, since in a vast majority of cases, all it takes to dislodge that husk is a quick brushing (and maybe a little flossing). Plus, popcorn is a whole grain and a decent source of fiber. Of course, it’s only really good for you when it’s not swimming in butter and salt.

If you drink carbonated water straight up, chances are you’re just fine, but if your drink of choice contains any acids, such as citric acid or phosphoric acid (like most do), you’ll want to pay attention. Of course, sugars do compound the issue as well. But should you outright avoid these drinks? No, but they shouldn’t be your primary beverage. In fact, any drink with sugar shouldn’t be a primary beverage, whether it’s soda, juice, or otherwise. Plain old water should be. Given how much sugar is present in drinks, and not just soda, they could almost be considered desserts. I say “almost” because there is still a matter of perception with soda. It’s too heavily marketed as a “primary” beverage and people simply love it too much. Moderation is key. 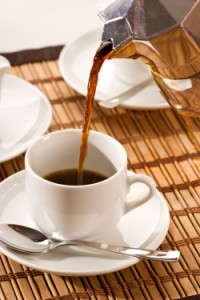 This favorite drink of everyone who has to get up… in the morning… often finds itself on these lists due to its staining power. It’s a serious issue for those of us who enjoy brighter teeth. But can stains lead to other problems? Look at it this way. If your teeth get stained to the point it starts to be a serious concern to you, then yes, there might be other problems going on. You might not be brushing and flossing as well as recommended or you might need to be drinking something else along with coffee. But by itself, no sugar added, coffee tends to play well with your tooth enamel. Load it up with sugar, however, and you might as well be drinking a soda.

So, why shouldn’t you avoid these foods and drinks? If you take care of your teeth, you brush at least twice a day, floss, rinse, and keep up with regular dentist visits, what you choose to eat and drink isn’t a big deal. If your dietary staples are acidic and/or loaded with sugars and there may not be any regularity to your brushing habits, then there might be a problem.

– Harmon Pearson recently began work on a post-graduate degree in Dental Science, with the goal of pursuing a doctorate degree. He also blogs about his experience and writes about dental services. When not studying, he restores antique pendulum clocks.