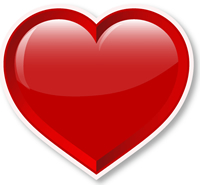 Please read Part One and Part Two first before reading this episode. At the end of Part Two, Ron pledges to Melinda that he will change his verbally abusive behavior and that he really doesn’t want to lose her.

Ron knows he needs to have a constant awareness that he can become verbally abusive at any moment. This awareness needs to be present all his waking hours; probably when he is asleep too.

He knows at this point that he is at great risk for exploding and needs to build a support system for himself. He has friends that he can talk to, but he doesn’t want to constantly burden them with his problems.

Ron started going to counseling about a month ago and he feels connected with his therapist, but the sessions are only once a week for an hour. He needs an additional venue, something like talking with a group of guys who are sincerely trying to become better men.

He seeks out a men’s group that deals with anger issues. Some of the groups he checks out have an anger management focus. He doesn’t want to focus on managing his anger because that term implies that repression of feelings is the group’s goal. He wants to understand why he loses control and what the causes of his outbursts are. He is tired of stuffing his feelings down and he is aware that the repression of his emotions is a major cause of his dysfunctional behavior.

He spends several hours doing research on these groups and finally finds one that he hopes will meet his needs. One of the aspects of the group he likes is that he can call the other members if he feels he is about to go off on Melinda. The group and his individual therapy lessons has taught him that his anger is probably building long before he becomes verbally abusive.

He now understands that he feels emotionally hurt before the pain quickly turns into rage. The hurt is about how he doesn’t feel like he measures up to his own standards. He has learned that this state is called shame and that he grapples with it daily. This shame becomes overwhelming and this internalized disgrace transforms into anger at Melinda.

He now knows that his parents were both verbally abusive and never praised him for his accomplishments. He is pleased that he now understands the connection between his rage and his abusive/neglectful childhood. However, he decides to never use this as an excuse for his unruly behavior. It explains his actions, but doesn’t justify his wounding words to his wife.

He is diligent in discussing his process with Melinda and she is more than willing to listen to his healing journey. During these discussions he asks her, “How have I hurt you and what do you expect of me?” She replies, “Ron, I am so happy that you are seriously dealing with your tendency to verbally and emotionally abuse me. You have made great progress during the last few weeks, but I am still on guard because I don’t know when and if you will flare up again. I do feel closer to you and am starting to trust you more. I have been going to a group for women who have been verbally abused by men. There are women in the group who have a no tolerance policy; meaning that any anger expressed by their partners is grounds for terminating the relationship. There are other women in the group who seem to be their partners whipping post. You should hear what nasty and derogatory comments their husbands say to them. I would not put up with that kind of treatment, but I don’t believe it is possible for you never to express your anger. I just don’t want you to displace your rage onto me. I believe that I will be struggling with what my tolerance is for angry outbursts for quite some time and I hope that you will be understanding.”

Ron replies, “I know that I have hurt you deeply. I will try to be totally understanding and allow you the space to figure this out for yourself. I have come to understand that my redemption will come from my recovery and a lengthy time of good behavior. I don’t expect you to provide a timeline for that. You will feel safe with me when you are ready. I also know that my redemption cannot occur without your healing and forgiveness.”

Melinda then says, “Yes, I agree with you, but I also need to feel empowered, emotionally strong and confident to soar as high as I want to fly. You will have to support me, but I will accomplish this on my own.”

Ron tentatively reaches out for Melinda’s hand and they touch. They look into each other’s eyes and feel the love they share. At this moment they can feel the beat of their lover’s heart.