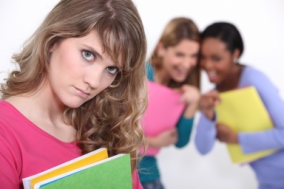 According to the American Academy of Child and Adolescent Psychiatry, up to 50 percent of all kids are bullied at some point during their school years.

We used to think that bullying was no big deal – it was something you learned to live with and grow past – but ongoing research and a number of high-profile tragedies related to bullying have caused experts to change course and treat it like the serious problem that it is. Bullying can not only leave physical and psychological scars that can last a lifetime and prevent people from living up to their full potential, in some cases it has led to kids harming themselves or others.

Luckily there are ways for you to fight back and protect your children so that they aren’t forced to suffer the worst of these effects. Here are several techniques recommended by experts to protect bullied kids from the psychological damage it can do and stop the bullying once and for all.

Pay attention. Your child may not want to admit to you that they are being bullied, but that doesn’t mean there won’t be signs. Watch for long sleeves and baggy clothing that may indicate that they are attempting to hide bruises and other kinds of physical damage done to them by another kid. And if the bullying consists more of threats and other kinds of psychological damage, look for signs such as trouble concentrating, fear of going to school, increased sickness, anxiousness, low self-esteem, and even depression.

Show your acceptance. Studies have shown that kids who felt like they were accepted and loved by their families are far more likely to bounce back from bullying and not fall prey to depression or suicidal thoughts. Positive things that you can do to show your support include things like praising them and putting them in situations and positions to have positive emotions, talking to them and hanging out with them, and finding interests that you can share together. 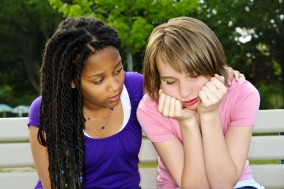 Teach problem solving skills. Too often, bullied kids simply don’t know how to respond, or they can’t see that they have multiple options available to them. Parents can help with this problem by instilling in their children the ability to look at situations logically and think through each potential course of action before they go through with it. Will it be more beneficial to ignore the problem or to retaliate? Could they diffuse the situation by making a joke or talking honestly with the person bullying them? Each of these actions could be helpful in some ways and hurtful in others, but by thinking the situation through, your kid can avoid making an emotional mistake that they regret and causes further regrets or embarrassment.

Make yourself available. Many kids won’t want to come to parents to talk about bullying because they are embarrassed to talk about it, so it’s difficult to force them. What you can do, though, is make sure that they know you’re available. And if they do start to talk about it – even if it’s at the most difficult possible time for you – do whatever you can to set aside what you’re doing and listen to them. It’s hard enough for a kid to push themselves to talk to their parents once about something like this, so you might not get a second chance if they feel like you’re not really listening.

Listen, don’t talk. One of the best things that you can do if your kid comes to you is simply listen to what they have to say and take them seriously. Even if the problem doesn’t sound like a big deal to you, the fact that they’re talking about it means that it is important to them. Let them get the entire story off of their chest without interrupting, and show them that you’re listening with your body language. For some kids, simply being able to vent to you about the situation will be a weight off of their shoulders that will allow them to feel better about themselves and what’s going on.

Follow up. While it’s great if your kid feels better after talking to you, if the bullying is serious you need to make sure that you follow up with them to see if it’s still going on. It may also be wise to alert school officials so that they can be on the lookout for the bullying and put a stop to it. In some cases, vigilant teachers and administrators may even be able to do this without drawing attention to the fact that your kid told you about the situation so that they won’t have to feel like they had to “tattle” to solve the problem.