It is becoming more and more apparent that periodontal disease is linked to systemic diseases in the body. Strokes are among those links. It was reported that the thickness of the carotid arteries was reduced after treatment for mild to moderate gum disease. These studies where done in the Infectious Diseases Unit, Hospital Luigi Sacco in Milan, Italy.

The most common cause of a stroke is by a blockage in a blood vessel. It can also be caused by bleeding of a vessel. Strokes caused by blockage were the ones studied by the researchers in Italy and which showed the link with periodontal issues. These types of strokes occur when there is a thickening of the carotid and other arteries. Plaque deposits consisting of calcium and cholesterol break off and block the blood vessels and arteries. When this occurs it prevents blood from reaching the brain. It should be noted that these plaque deposits should not be confused with periodontal plaque.

About 800,000 people suffer from strokes each year in the US. These result in over 140,000 deaths and are the third leading cause of death. Both men and women can be affected and a stroke can occur at any age. 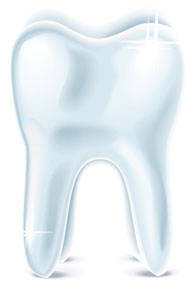 The chronic infection of the soft tissue around teeth is called periodontal disease. Pockets are formed around the tooth as the gum tissue is destroyed. Loose teeth, deep pockets, bad breath that won’t go away, painful or bleeding gums and red or swollen gums are all symptoms of this disease. Unfortunately, in the early stages of periodontitis, no symptoms appear. It is necessary that you see a dentist every six months to insure the disease is caught early. Periodontitis is caused by dental plaque build-up which is a result of not keeping teeth, gums and between teeth clean.

The National Center for Biotechnology Information who published the study showing the link between strokes and periodontal disease, reported that the thickening of the carotid arteries “are positively influenced by periodontal treatment.” (http://www.ncbi.nlm.nih.gov/pubmed/19074511?dopt=Abstract)

This information reinforces the belief that many in the dental profession have known for years, that there is a significant link between oral health and overall health.

– Dr. Piero, a Holland, MI dentist for over thirty years, is the inventor of Dental Air Force®. Articles published are on periodontal health related to heart disease, respiratory health, diabetes, strokes, and other systemic diseases. He is the Executive Editor for Journal of Experimental Dental Science, a contributing author to Hospital Infection Control: Clinical Guidelines and soon-to-be published book, Put Your Money Where Your Mouth Is.