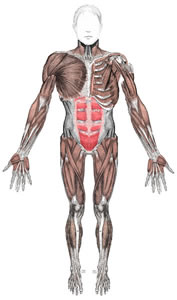 The most common kidney stone type contains calcium in combination with either oxalate or phosphate. These are called calcium oxalate stones or calcium phosphate kidney stones, respectively. Calcium is a normal part of a healthy diet and makes up important parts of the body, such as bones and muscles. Calcium that is not used by the bones and muscles goes to the kidneys. Interestingly, calcium supplements, if taken in excess, can contribute to this type of stone, but calcium found in milk and other food products does not seem to. In most people, the kidneys flush out the extra calcium in the urine. However, when calcium stays in the kidneys, it joins with other waste products to form a calcium kidney stone. They tend to form when the urine is acidic, meaning it has a low pH. An overly acidic diet (a diet high in processed and refined sugars and red meats, among other acidic potentiating foods, can cause too low of a pH).Many health problems can cause a low pH. Stress, medications and even excessive exercise can cause an unnaturally low pH.

Some of the oxalate in urine is produced by the body. Calcium and oxalate in the diet play a part but are not the only factors that affect the formation of calcium oxalate stones. Dietary oxalate is an organic molecule found in many vegetables, fruits, and nuts. Calcium from bone may also play a role in kidney stone formation. Calcium phosphate stones are less common. Calcium phosphate stones tend to form when the urine is alkaline, meaning it has a high pH. I have seen many patients who have excessively increased their urinary pH causing not only kidney stones, but also metastatic calcifications (cancer), arthritis and hardening of the arteries.

The most common cause of calcium kidney stones is dehydration; A CALCIUM KIDNEY STONE CANNOT PRECIPITATE (FORM) IF ONE IS WELL HYDRATED.

A uric acid stone may form when there is too much acid in the urine.

A uric acid stone may form when there is too much acid in the urine. An acid forming diet, certain medications, under hydration and various disease states causing the release of acidic compounds, can all contribute to uric acid stones. If you tend to form uric acid stones, you may need to cut back on the amount of meat that you eat. Uric acid stones are more likely to form when the urine is persistently acidic, which may result from a diet rich in animal proteins and purines-substances found naturally in all food but especially in organ meats, fish, cheese, wine and shellfish. The B-vitamin folic acid might be important for reducing the formation of uric acid stones.

Cystine is one of the building blocks that make up muscles, nerves, and other parts of the body. Although cystine stones are rare, they may form when there is too much cystine buildup in the urine. The disease that causes this kidney stone type runs in families. Cystine stones result from a rare genetic disorder that causes cystine-an amino acid, one of the building blocks of protein—to leak through the kidneys and into the urine to form crystals. This stone is most commonly genetically predisposed and may be helped with hyper-hydration.

Sometimes kidney stones are an isolated event, but often they are secondary or result from various metabolic problems diseases. Our approach to kidney stones is to begin with hydration; to carefully search for pH problems (blood pH is most important!), search for secondary diseases and nutritional imbalances.