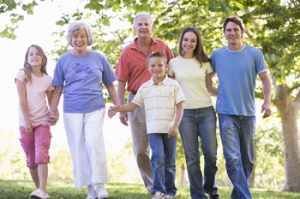 ADHD is a hard to understand condition that many people face throughout their lives. Sometimes it comes on early, in childhood, sometimes it does not manifest until later in life. With the continually growing focus on healthy alternatives to prescription drugs, many of which include dangerous side-effects. Now we look to the ADHD medications and ask, “Is there a way to treat ADHD without the negative side-effects of prescription drugs?” Some medical professionals think so. Let’s take a look at one of most studied theories in the treatment of ADHD and the science behind it to find out if Neurofeedback can help those with ADHD combat its’ most negative side-effects. .

Neurofeedback works by sending electrical waves from an EEG machine to your brain. When the results are analyzed, scientists have been able to identify the variance of brain wave patterns recorded by the machine. There are several brain wave frequencies that can are observed, based on your state of mental arousal. This specific treatment works on the theory that with brain stimulation, ADHD symptoms tend to decline or become non-existent for a period of time. However, the biggest question surrounding this method is whether or not these treatments will have long lasting effects. Let’s look below at some of the studies and see what the results have been.

Neurofeedback is all about training the brain to focus and usually takes place in an office, with a therapist present and ready to assist if necessary. The therapist gently guides your mind in activities and observes how well your brain stays trained on one specific task. Inability to focus is a side-effect of ADHD that is nearly universal in nature and with the study of Neurofeedback, doctors and researchers are hoping to reduce or remove this side-effect altogether. Neurofeedback works using a laptop, connected to electrodes, placed on your scalp. These electrodes measure the rhythmic patterns of the brain, as mentioned before, and can help therapists know when you are in a focused and attentive state vs a wondering state. It also helps therapists and researchers know what to do to stimulate the same activity repeatedly, using a rewards system.

Many believe that EBF [EEG biofeedback] meets the AACAP criteria of ‘Clinical Guidelines’ for treatment of ADHD; however, some believe there needs to be more conclusive evidence that this treatment works before it is an official treatment for ADHD.

This method of treating ADHD has been found to work exceptionally well. In fact; in one of the latest studies, second and fourth grade students were tested simultaneously to see if their recognition, memory, and attentiveness improved using this method under the supervision of a technician. This study ran for four months, after which it was determined that immediate brain stimulation was increased and the levels generally stayed higher than children who did not receive the full therapy or any neurofeedback therapy at all.

Even though these studies were found to be effective; researchers point out that they have been found to be even more effective when done in a clinical environment, instead of a classroom.
How Many Sessions?

Neurofeedback usually requires between 35-40 sessions to achieve your desired results. This many sessions are required to have a lasting effect.

Whether or not you choose Neurofeedback as treatment for you or your child’s ADHD symptoms, Reynolds Clinic has consistent success with neurofeedback to improve the focus and attention of those who suffer from ADHD for extended periods of time.

– Dr. Reynolds PHD became involved with EEG Neurofeedback training in 1978. He was a Research Assistant at UCLA in the laboratory of its originator, Dr. Barry Sterman. The Reynolds Clinic is a unique ADHD clinic based in Central Connecticut; dedicated to helping students, families, schools, and individuals cope with ADHD symptoms. As a medication free clinic, we utilize neurofeedback as our primary treatment.