– Submitted by Bob Livingstone, regular contributor to Your Health Journal….. 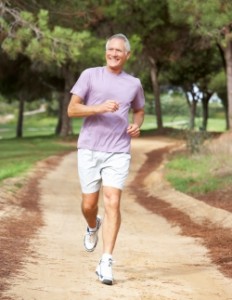 Five years ago almost to the day, I was preparing for my routine five mile run. I had been running for over thirty years . I have ran five marathons and many other races. However for the past six months or so, I was having health problems. I had contracted the H-Pylori stomach virus that felt like a derailed train was navigating its way around my stomach. I couldn’t sleep very well because the pain was pretty much constant and my energy level was at an all time low.

I did feel I was on the upswing after taking a course of two heavy duty antibiotics. Theses drugs also inflamed my stomach which delayed my recovery. I also had a couple of instances where I suddenly became exhausted on my runs and had to abruptly stop. I attributed it to the stomach virus and the emerging acid reflux disease; another illness I had to manage.

Anyhow, I started my run slowly and was listening to Leela James’s version of I want to Know what Love is. I was feeling pretty good, hopeful and relaxing into the mindset that the worst was behind me. I was on San Francisco State’s Campus when all of a sudden I felt very dizzy and collapsed on the green grass.

I felt calm and for a time I had no awareness of anything that was happening. I felt my spirit leaving my body and this part of me was flying upwards. I flew past bright star constellations and the moon. It was very quiet and the color pink was surrounding me like play dough on the loose.

I thought I was dying and moving towards either the Promised Land or something else. The pink upward tunnel led to this bright orange room where I recognized Gandhi, Martin Luther King, Moses, Sister Teresa, Billie Holiday, Malcom X, and in the corner of the room wearing sunglasses, Jimi Hendrix.

These men and women of peace and understanding summoned me into the center of the room. They had me sit on the most comfortable chair I ever sat on. There was music all around us and Marvin Gaye was singing What’s Goin’ On? I sure wondered what was going on. Was this heaven and would I stay here? How in the world did I become one of the chosen people to sit with these great men and women (their spirits anyhow)?

They asked me to join hands with them to sing Marvin’s Save the Children, a song about how precious children are and how adults seem to mistreat them.

I was crying and Billie Holiday gave me a hug. She said that everything was going to be alright. Martin Luther King looked me square in the eye and said, “Your work on earth is far from complete. It is not time for you to join us. Your job is to be of service to others who are suffering deeply. You can continue to lend a hand and lift them out of their misery.” Hendrix yells out, “Your number hasn’t been called yet.”

At that moment I found myself being lifted and transported back the same way I came. So instead of moving upwards, I was traveling south-floating past the stars and pink tunnel until I was laying on the grass.

I opened my eyes and noticed the students walking past me. It is not unusual in San Francisco for a person to be laying on the ground in the middle of the day in the middle of a college campus. They would think he was drugged or drunk. In any case they would treat him like he was invisible.

I got up and walked/jogged back to my apartment. I went to my psychotherapy practice and worked with several adults and kids. Every time I stood up I felt like I was going to faint once again. I got through the day and drove home.

The next week was pretty horrible. My runs all ended within thirty seconds because I was struggling for breath after running just a few feet. I thought that this was either my stomach issue or I was having panic attacks.

Stay tuned for part 2 of this article…..

From The Dead Healthy I Came Back Len Saunders