Thank you to PRWeb for supplying this article. Share your thoughts in the comments section below….. 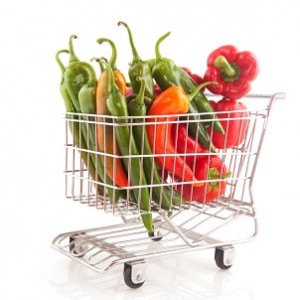 Stephanie Nelson, founder of Coupon Mom, says using “Strategic Shopping” can lead to hundreds of dollars in savings every month.

“If shoppers learn some simple strategies, they can cut their grocery bill in half this year, and for a family of four that translates into an average savings of $5700,” says leading coupon expert Stephanie Nelson, founder of CouponMom.com. According to the USDA, grocery spending for families of four ranges from $7200 to $15,600 per year, taking a large cut out of their budget.

Stephanie shows shoppers how to save more with high-tech coupon options, including hundreds of free digital coupons that shoppers can load onto their store loyalty cards. She teaches shoppers where to find many free apps that give cash back on grocery and household items. Stephanie says when shoppers use this system, every hour used couponing saves them an average of $100, and that adds up to huge savings.

CouponMom.com is the country’s largest grocery deals website with over 7 million members. The website and blog provide weekly grocery and coupon “deals lists” for over 60 grocery and drugstores chains in all 50 states. Membership is free and the site offers tutorial videos for the beginner with step by step directions to achieve fast and smart savings.

CouponMom.com has been around for 14 years and they know stocking up on grocery items is one strategy to cutting grocery bills, but it isn’t necessary for a typical family to have extreme stockpiles. Items expire and they also cost money, even when they are a good deal. Nelson says, “Change your shopping mentality: instead of buying items when you run out, watch for bargain prices on products you want and buy them when they are on sale.”

The key is to focus on meal planning and set a spending limit using the CouponMom.com “Strategic Shopping” method. This method combines sale prices with store promotions and coupons, helping any shopper achieve dramatic savings on healthy items their family needs. The website offers a “Grocery Deals by State” section which includes deals at thousands of supermarkets across the country.

Start 2015 the smart way. “The couponing world has tightened up,” says Nelson, “now our members are paying closer attention to stores’ policies, going in as smarter shoppers, and still getting their groceries for less than 50% of the store prices.” Nelson says if a family knows some simple strategies, they can cut their 2015 grocery bill in half, too.

For more information, go to http://www.CouponMom.com

Bill Can Cut Families Grocery Half Healthy How Len Saunders