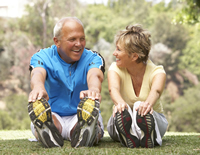 Although it can be frustrating for seniors and for their families when conversations are impaired by hearing loss, hearing loss can signal more serious problems. According to a study published online in the Journal of the American Medical Association, hearing-impaired seniors were also 36 percent more likely to have prolonged stretches (more than 10 days) of illness or injury and 57 percent more likely to have extended episodes (more than 10 days) of stress, depression or mood disorders.

Hearing loss affects as many as 27 million Americans over age 50, including two-thirds of men and women aged 70 years and older. It can contribute to falls, traffic accidents, social isolation, being taken advantage of, and depression.

In the study, researchers analyzed data from more than 1,100 American men and women aged 70 and older with hearing loss, and found that over a four-year period they were 32 percent more likely to have been admitted to the hospital than more than 500 adults with normal hearing.

Caregivers and families should recognize that hearing loss should not be considered an inconvenient part of the aging process, but rather a health issue that deserves intervention. Hearing loss in itself may not lead to serious health conditions, but it can be associated with other unrelated problems as noted above.

Presbycusis (loss of hearing due to aging) is the most common type of hearing loss in seniors. It comes on gradually as a person ages and often the senior does not recognize the loss. High pitched sounds are the most prevalent loss. It occurs in both ears, but not necessarily at the same rate or significance. The hearing difficulty is often noted when a senior is in a group setting or in noisy settings.

Work life environmental exposures contribute to presbycusis. Exposures from guns, power tools, loud music and industrial machinery have a major impact on loss of hearing in later life. There is a family connection in about half of the cases. About one third of people between 65 and 75 and half of those over 75 have hearing loss related to aging.

Presbycusis (loss of hearing due to aging) is the most common type of hearing loss in seniors.

Another ear-related condition seen in young and old is tinnitus. It is commonly called “ringing in the ears.” While it is called ringing, it may manifest as a hissing sound, a motor running, roaring, pulsing, clicking or buzzing. It may be consistent or vary in intensity.

While tinnitus is bothersome, it is treatable and not life threatening. It may or may not be connected to hearing loss. It can be a symptom of other medical conditions or medication. New onset should be reported to your doctor or healthcare provider immediately.

Ear wax in the external ear canal or fluid build-up in the inner ear may also block sounds causing hearing loss. Do not put anything into your ear until you know what the problem is. After assessment, if ear wax is the problem, the healthcare practitioner may recommend products that soften the wax for easier removal. Hearing aids may actually worsen an ear wax problem so have the ear checked routinely.