Submitted by the Baylor College of Medicine, please share your thoughts below….. 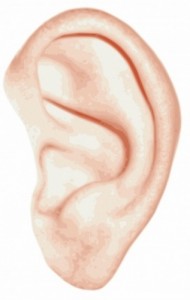 Picture a rock and roll concert, with music blaring out of giant speakers on stage. Now imagine a sophisticated symphony performance. Which group of musicians would be more likely to suffer hearing loss? Surprisingly, it’s classical musicians who may be most at risk, according to an expert at Baylor College of Medicine.

Whether they are in a symphonic orchestra or a marching band, trained musicians over time may begin to suffer from noise-induced hearing loss caused by close proximity to loud instruments. Loud music from almost any part of the orchestra or brass band can cause hearing loss. Increased tinnitus, or ringing in the ears, which may be associated with hearing loss, is reported as a significant occupational hazard for professional musicians, Tonini said.

“The thing that destroys our hearing is prolonged exposure to loud sound,” said Tonini. “As musicians, if we can separate our loud, bring-down-the-house music and intersperse it with softer music in rehearsals, we can give our ears a rest.”

Hearing protection such as ear plugs specially made for musicians are recommended for those who participate in a band or symphony. “These ear plugs filter sound so that musicians are able to hear their music without damage,” said Tonini. “They protect their ears and make the music a little softer so that they can get their ears out of that danger zone, down to a level that is safer for their ears.”

Hearing loss can start in musicians in middle-school and high school who participate in band or orchestra. Tonini suggests that directors and teaching professionals should be more aware of their musicians’ hearing risks and have their musician’s hearing screened.

“From an audiology point of view, we need to be more involved in working with the public schools to provide awareness, and musicians must be mindful that they are at risk for hearing loss,” said Tonini. “Noise induced hearing loss from music is something that is completely preventable. No musician wants to lose their ability to make music because they have lost the ability to hear the music.”