With the beginning of fall sports starting now – female athletes and concussions are an important topic as more than 35 states have passed or are providing legislation for baseline concussion tests before a female (and male) athlete can play sports.

Baseline tests and return to play criteria for all athletes is gaining steam in State legislatures throughout the country. Arizona has passed a law for all athletes to have a baseline concussion test before their first practice.

This female population is affected due to laxity (looseness) that is present for almost all female athletes.

Research – football players – shows that a strong neck may reduce the risk of concussion (training-conditioning.com; May/June 2012). 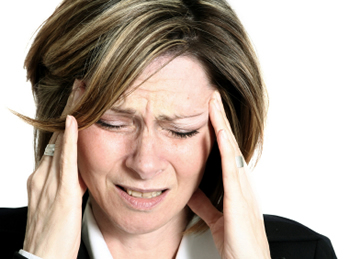 Therefore, it is no wonder that the latest research shows that the severity of a concussion is worse for females than males. Female student-athletes need to perform the necessary exercises (isometric neck strengthening and range of motion exercises) to mitigate the effects of a possible concussion. Coaches need to incorporate neck strengthening as part of the female athlete’s preparation to play sports.

“The current clinical assessment protocols and return to play guidelines, which are almost entirely based on research with male athletes, are not only inappropriate for women but likely place them at a greater risk of suffering multiple concussions and experiencing long-term consequences of their injuries [per Dave Ellemberg, Ph.D.]… But female university athletes in the United States who play soccer, basketball, lacrosse and hockey have a higher risk of getting concussed than their male counterparts, says Tracey Covassin [Ph.D., ATC], a Canadian researcher at Michigan State University who began to study concussions in female athletes a decade ago. She says it is still not clear how much greater that risk is, but Ellemberg says evidence suggests that women are three [3] times more likely than men to suffer a sports-related concussion.”

“Researchers in Canada and the United States say they don’t know why women are more vulnerable to sports-related concussions, but factors may include weaker necks, subtle differences in brain chemistry, and differences in the way females are coached or train.

There are risks associated with all sports and all kinds of physical activity, Covassin says, and no one wants girls or women to stop playing hockey, soccer or other sports. She suspects that female athletes are getting more concussions because they are stronger, faster and more aggressive than in the past.

“Concussed athletes self-reported significantly more symptoms at 2 days post concussion and exhibited a resolution of symptoms by 7 days post injury. High school athletes could take up to 21 days to return to baseline levels for reaction time. These data support current recommendations for the conservative management of concussion in the high school athlete.”

Phil Hossler, MS, ATC is a leading trainer who has developed the Concussion Tool Kit with several associates. He tells parents of concussed athletes about three key areas:

3. Involve teachers as part of the team helping your female athlete.

He lists “brain breaks” and “study buddies” as part of the process for students, teachers, and parents to consider for the concussed athlete.