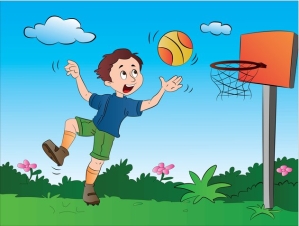 From Your Health Journal…..”I always like to promote News.com.au from Australia, as I always enjoy their health articles, many of them aimed at fighting childhood obesity. Today’s article review is called Former Swim Star Susie O’Neill Warns Childhood Obesity Could Put Olympic Future In Peril written by Rosie Squires of the News Limited Network. So many Olympic athletes are very supportive in the fight against childhood obesity. Who better to speak on this then someone who has trained their whole lives to be the best at one sport, someone who is very disciplined in their trade. Susie O’Neill, an Olympic gold medalist is speaking out about the childhood obesity epidemic not only facing the youth of the world, but her home country. She fears we may one day be unable to field an Olympic team at all. Suzie feels that the current crop of young kids simply didn’t have the same drive to play sport and keep active as her generation did. She may be right, as the current generation of children are the technology generation, where they play on their computers, Ipads, or video games, rather than play outside with physical activity. Obesity is on the rise all over the world, and many children suffer from chronic illness due to obesity such as heart disease, cancer, weak joints, and type 2 diabetes. Not to mention, many of these same children get bullied at school and have low self esteem. So, please visit the News.com.au web site and read this interesting article. The link is provided below.”

She’s one of our greatest swimmers but Susie O’Neill is so concerned about the health and fitness of our children she fears we may one day be unable to field an Olympic team at all.

The dual gold medallist, known affectionately as Madame Butterfly by an adoring nation, said the current crop of young kids simply didn’t have the same drive to play sport and keep active as her generation did.

“It is a concern. If you imagine a pyramid, the elite person is the top of the pyramid, and that person is higher if you have a bigger base – so the more kids you have doing sport, and competing for the top, the higher that top athlete is,” the mother-of-two told News Limited. “We need that big base to draw kids from.”

O’Neill pointed to the poor performance of our swim team at the 2012 London Olympics, where they brought home only one gold medal, to issue a grim warning for sports fans.

“Look at what happened to the Olympic team last year,” she said.

“Will we even have an Olympic team in the future?”

O’Neill expressed her fears as she launched a nationwide health campaign with the Australian Food and Grocery Council called Together Counts.

The campaign aims to teach Australians how to balance diet and exercise via a website, which offers meal suggestions, lunchbox ideas and physical activity tips for the family.

“I was shocked to learn that one in four children are overweight or obese,” she said.

“I think families need to be taking more responsibility. We need to be doing exercise as a family and eating nutritious meals.”