Thank you to PRWeb for this article, please share your thoughts in the comments section below: 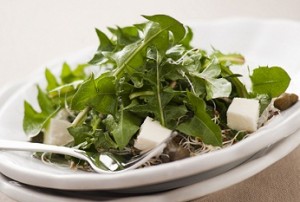 Substituting foods that are lower in fat, salt, and sugar will keep holiday meals healthier.

Holiday dining is often full of meals and snacks high in calories, fat, and salt. But it’s possible to minimize unhealthy eating with a little planning, reports the December 2014 Harvard Health Letter.

“Particularly during the holidays, when we’re surrounded by foods that we do not eat the rest of the year, it is important to take a breath while deciding what to include,” says Debbie Krivitsky, a registered dietitian at Harvard-affiliated Massachusetts General Hospital.

Substituting foods that are lower in fat, salt, and sugar is one way to stay healthier this holiday season. It will also lower calorie intake significantly, letting diners enjoy a larger portion for fewer calories. For example, one ounce of artichoke dip has 19 grams of fat and 312 calories, while four ounces of cocktail shrimp and one ounce of sauce delver just 130 calories and 2 grams of fat.

What are the best choices on a buffet? Krivitsky recommends going for salsa, hummus, and dips made with yogurt instead of sour cream, along with lean protein sources such as fish, chicken, or turkey. Don’t forget fruit and veggies. Think baked, not fried. And uses spices, yogurt, or lemon juice instead of calorie-laden sauces.

There’s no need to make the holidays a season of deprivation. Indulge in favorite foods, but when cooking try making healthier versions. That means using low-fat milk instead of cream in mashed potatoes and other foods. Applesauce is a great substitute for fat when baking.

And when temptation strikes, make sure “it’s the exception rather than the rule,” says Krivitsky, “and it is for a finite period of time.”

Read the full-length article: “Boost the health of your holiday buffet”

The Harvard Health Letter is available from Harvard Health Publications, the publishing division of Harvard Medical School, for $16 per year. Subscribe at http://www.health.harvard.edu/health or by calling 877-649-9457 (toll-free).